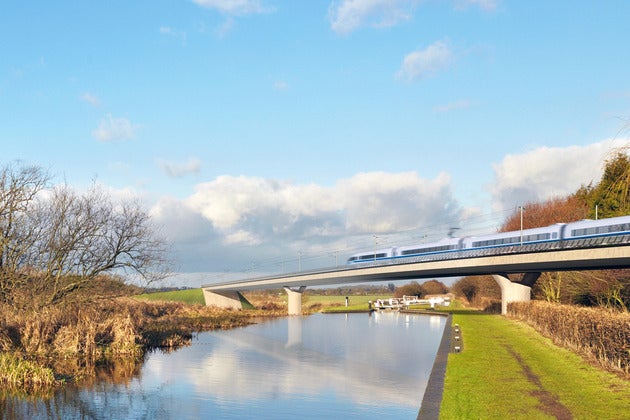 The High Court in London has rejected nine of the ten legal challenges brought against phase one of the High Speed 2 (HS2) project from London to Birmingham.

Following the ruling, the UK government said work will be carried out without delay on the new high-speed railway from London to Birmingham, Manchester and Leeds.

The court dismissed challenges to the fairness and lawfulness of the 2011 consultation on the HS2 strategy / phase one route, as well as claims that the project failed to comply with the Strategic Environmental Assessment (SEA) directive.

UK high-speed rail minister Simon Burns said that the ruling is a landmark victory for HS2 and the future of Britain.

"Fifteen local authorities challenged the government’s decision to approve the first phase of the project, which involves the construction of a 190km high-speed line."

"The judge has categorically given the green light for the government to press ahead without delay in building a high-speed railway from London to Birmingham, Manchester and Leeds," Burns said.

The court also agreed with the government that it was lawful to rule out the upgrading of the current network as a credible alternative to HS2 on the grounds that such improvements would fail to meet the government’s objectives of increasing long-term capacity and creating economic growth.

According to the review, the government’s approach to consultation on the environmental assessment and consideration of the impact on habitats and protected species have all been carried out fairly and lawfully.

However, the court upheld one challenge that the formal consultation process was unfair with regard to the information provided to consultees and models considered for property compensation.

Phase one construction of the project is scheduled to start in 2017 with the first high-speed trains in service by 2026, while the second phase is expected to begin in mid-2020 and be completed by 2032-33.

The next stages for the HS2 project are a consultation on the draft environmental statement in the spring and the deposit of a hybrid bill by the end of 2013.

Image: The HS2 high-speed line is being planned from London to Birmingham, Manchester and Leeds. Photo: courtesy of the UK government.

12 Jan 2021
Registration is disabled.
We use cookies to ensure that we give you the best experience on our website. If you continue to use this site we will assume that you are happy with it.ContinuePrivacy policy