“Made in Ziyang”! China’s Locomotives Exported to Gabon for the Fourth Time 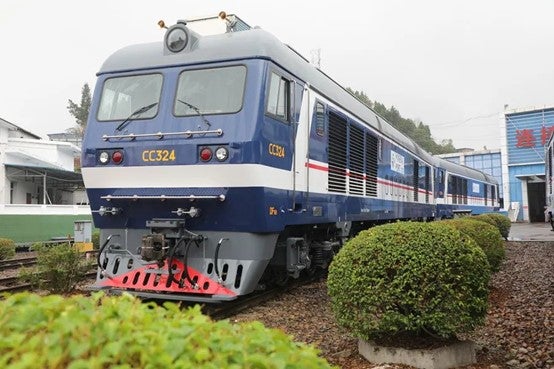 The six locomotives exported to Gabon this time are DF8B diesel locomotives. This type of locomotive has high traction power, and can continuously haul 11,000 tons on a ramp of 8.3‰ in the multiple-unit operation of three locomotives, which can fully meet the requirements of heavy loads and high speeds for mainline freight transportation.