Systra has secured a contract to design rail systems, workshops and rolling stock for Line 7 of the Santiago Metro in Chile.

The contract was awarded by Metro SA. Systra noted that it will deliver the project with a team of experienced professionals familiar with the Santiago Metro to overcome deadline challenges.

Systra Hispanic America managing director Hervé Laurain said: “We proposed a team made up of experienced colleagues, who are familiar with the context and challenges of the Santiago metro, have received feedback on what was experienced on the automatic lines 6 and 3, already designed by Systra, and who have already worked with the Santiago metro teams.

“This customised organisation will enable us to ensure the integration and coherence of all the engineering produced, without a learning curve and with great productivity.” 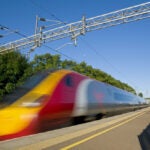 Line 7 will run partly parallel with Line 1, connecting Renca in the north-west with the centre and east of the city.

The Line 7 project was announced in June 2017 and is expected to be commissioned in 2026. Once complete, the Santiago metro network will comprise 176km of track and 163 stations.

The automated line project is the first to be undertaken in the latest phase of the Santiago Metro expansion. The overall plan includes the construction of three lines and four extensions.

Systra, in a joint venture (JV) with Talgo, secured a $138.9m rail car overhauling contract in the US last month.

Awarded by the Southern California Regional Rail Authority (SCRRA), the contract will include rebuilding up to 121 passenger rail cars.