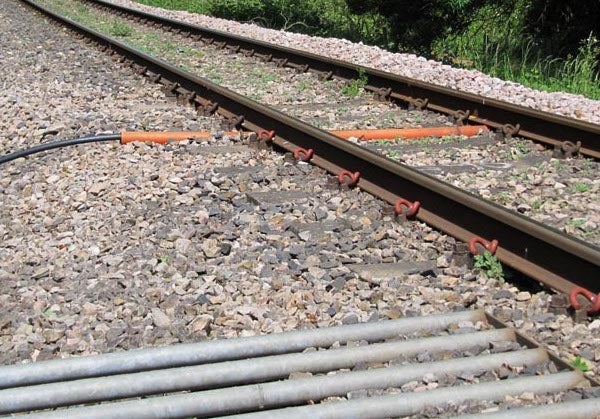 SmartWater Technology has developed a new crime reduction technology to protect trackside cable and other materials from theft and vandalism.

Network Rail figures have revealed a 21% decline in cable theft incidents along the London to North West (LNW) mainline route since the introduction of this technology.

The company noted the technology has also led to a 35% reduction in travel time for commuters travelling on the LNW route which runs through several major cities, including parts of London, Birmingham, Liverpool and Manchester.

SmartWater said the new forensic technology involves using a unique chemical signature technology on trackside cable that can be identifiable by police, whether it is found in the possession of thieves or later in scrap metal yards.

Once applied to a rail track, the liquid cannot be removed and can withstand burning, offering the police with an exact proof of ownership as well as making it difficult for thieves to sell on any stolen goods.

New forensic trap devices will also be deployed to capture offenders, where once activated, the devices will douse offenders in a chemically coded liquid, which will cover their skin, clothing and hair.

This can be used to link them back to a particular crime scene, long after the offence has taken place.

Virgin Trains chief operating officer Chris Gibb said they are committed to working in partnership with Network Rail, British Transport Police, SmartWater and other train operators to keep up the pressure on cable thieves.

"We have also been lobbying the UK Government to make changes urgently to regulations and legislation to make it more difficult to dispose of stolen scrap copper, given the impact this is having on the economy," Gibb said.

The area where the forensic traps are set will be monitored by Control Room staff using CCTV and SmartWater’s Mobile Command Centre to identify thieves targeting cable.

Earlier in 2011, Network Rail said passengers were delayed by more than 6,000 hours nationally over the past year, due to more than 3,000 crimes.

Network Rail also revealed it has paid £16.5m to replace stolen cables and compensate train operators for loss of service in the same period.