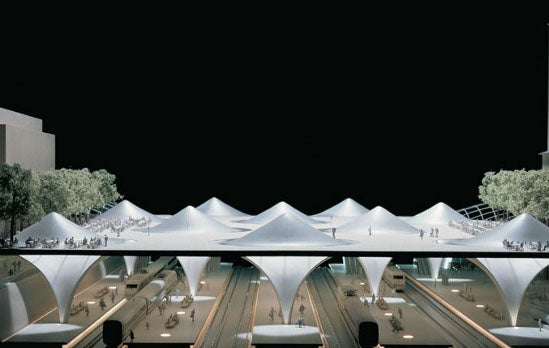 Nearly 60% of voters in a referendum in the German state of Baden-Württemberg have backed the controversial Stuttgart 21 rail project, which involves replacing the Stuttgart city’s main station with an underground station and laying a new line south and west of the city.

In the referendum 58.8% of people voted in favour of clearing the way for the state to provide financing for the rail project being built by Deutsche Bahn in Stuttgart, with 41.2% calling for funding to be reduced.

Baden-Württemberg transport minister Winfried Hermann told ARD television: "We respect this referendum, I expect Deutsche Bahn to go through with the project."

The project has caused intense protests since 2009, in one instance leading to police action against protesters in September 2010, leaving more than 100 people injured.

Stuttgart 21 project also became a key election issue when the voters in the state in March 2011 elected a coalition government of Greens and Social Democrats (SPD), which promised to let the public decide the future of the project, unseating the ruling Christian Democratic Union.

Those who were in support of the Stuttgart 21 train station say the project will free up the city’s packed centre and help shorten the travelling distance across Europe.

The supporter also claimed that cancelling the contract could have resulted in fines of up to €1.5bn.