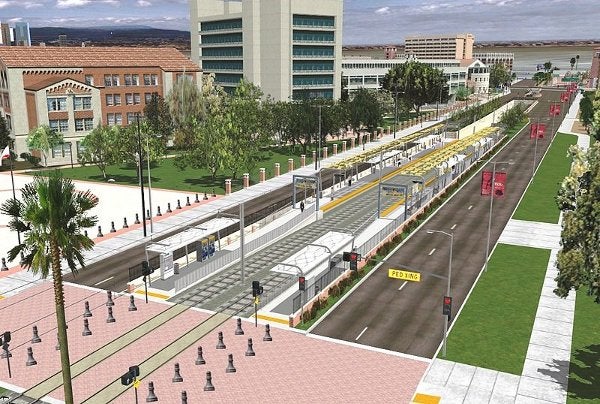 The Los Angeles County Metropolitan Transportation Authority in California, US, has ramped up tests along the future Exposition Line, a new light rail line under construction between downtown Los Angeles and Santa Monica.

The authority plans to select an opening date for the public once all systems and trains are thoroughly tested and operated, which is expected to be completed by early 2012.

The first phase of the Metro Expo Line is 8.6 miles of light rail running from downtown Los Angeles to Culver City, with 12 intermediate stops.

News
French short-haul ban only possible thanks to rail

The second phase will extend the line to Santa Monica and construction is scheduled to be completed by 2015.

The first phase, which is 95% complete, is estimated to cost $930m, and construction of the Farmdale Station and Culver City Station and pedestrian plaza currently underway.

The authority expects to commence service on the first phase by the end of this year and service to Venice/Robertson station by 2012, while the service to Santa Monica is expected to begin by 2015.

In June, the Federal Transportation Administration has issued a Second Addendum to its Record of Decision for the first phase of the Expo line project to include the Farmdale Station, with the new Dorsey High School parking lot and the modification of the Storage and Inspection Facility.

Caption: The first phase of the Metro Expo Line is an 8.6-mile light rail line running from downtown Los Angeles to Culver City.