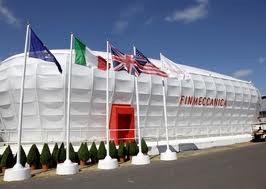 Honolulu Authority for Rapid Transportation (HART) in Hawaii, US, has awarded a $1.3bn contract to the Ansaldo Honolulu JV to supply the technology and rolling stock for the Honolulu driverless metro.

The contract includes the design, construction and delivery of the train vehicles, the train control systems on the 32km, 21 station Honolulu line, along with the operation and maintenance of the rail system after installation.

The Ansaldo STS share in the contract is worth $1.136bn to provide traction power, signalling and the operations control centre, while AnsaldoBreda will the supply the rolling stock with a contract share of $198m.

Honolulu Mayor Peter Carlisle said: "Rail transit will bring much-needed jobs to our community during these tough economic times. It will also provide a solid transportation option and restore quality of life for our residents who are forced to fight traffic daily, at the expense of time with their families and friends."

"Rail is a green and sensible solution to our gridlocked roads and highways. It’s time to move forward and respect the people’s vote," Carlisle said.

Ansaldo Honolulu JV had won a $1.4bn core systems contract in March 2011 which includes a $574m for the design, construction and delivery of 80 train vehicles and train control systems, plus $830m for operations and maintenance over a 14-year period.

After awarding the contract, the Honolulu Authority for Rapid Transportation had delayed signing the contract to examine the company’s financial position to carry out the project.

HART’s interim executive director and CEO Toru Hamayasu said: "Our extensive review of Ansaldo Honolulu JV’s finances showed that they have the capacity to successfully deliver the core systems contract."