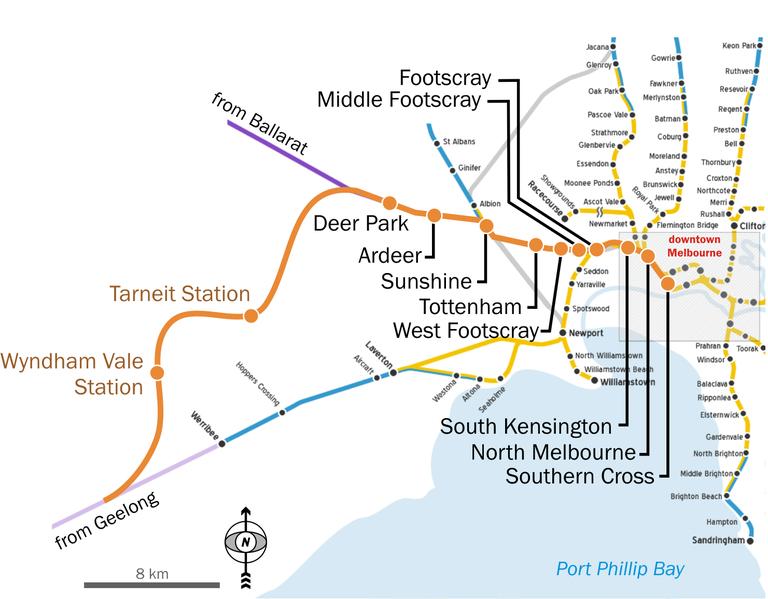 Gorton MP Brendan O’Connor said after more than three years of planning work, community consultations and preconstruction activities, it’s now full steam ahead on a project which will give Melbourne its first new major rail line in some 80 years.

A consortium consisting of Thiess, Balfour Beatty, Parsons BrInckerhoff and SKM will be responsible for laying 7.5km of new track between Footscray and Deer Park as well as building a new station at West Footscray.

The consortium will also be tasked with upgrading the existing stations at Footscray, Sunshine and Tottenham. Work is expected to start in early 2012.

Baulderstone/ Leighton joint venture will be responsible for laying 25km of new track between Deer Park and West Werribee as well as build new stations at Wyndham Vale and Tarneit.

Work on this part of the project is expected to start in mid-2012.

The consortium between UGL and Manidis Roberts will, from mid-2012, install the fibre-optic network, which will support the train control systems, the signals along the corridor and provide information to the passengers waiting at the new and upgraded stations.

"Regional commuters who currently experience lengthy delays waiting near North Melbourne will enjoy a faster, smoother journey into Southern Cross Station once the Regional Rail Link is completed," he added.

"Importantly, by adding in two major grade separations at Anderson Road Sunshine, we will help alleviate congestion and remove level crossings to make it safer. This is an important part of Victorian Coalition Government’s unprecedented investment in removing level crossings," Mulder said.

The project will be carried out in six packages with the remaining two contracts – Southern Cross Station to Footscray and at West Werribee Junction expected to be awarded next year.

Image Caption:-Victoria’s Regional Rail Link will be completed in early 2016 and will remove major bottlenecks from the state’s public transport system by separating regional and metropolitan trains. Image Courtesy:-JohnnoShadbolt.