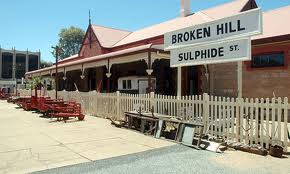 Australia has completed 50% of the reconstruction of the interstate rail network between Broken Hill and Parkes, which is being implemented at a cost of A$253m (US$246.8m).

Australian Rail Track (ARTC) CEO John Fullerton said the upgrade of the line to concrete sleepers will improve ride quality and increase the overall efficiency of the corridor.

"By replacing old timber sleepers with newly fabricated concrete sleepers, the project will deliver long-term benefits to our customers, which is why we are pushing forward with our plans to upgrade the East-West corridor and make rail even more competitive," Fullerton said.

Construction on the rail line from Broken Hill to Parkes began in January 2011 and the project is expected to be completed by 2012.

The Broken Hill-Parkes rail upgrade forms part of the $3.4bn programme to rebuild over a third of Australia’s 10,000km interstate rail.

Australian Rail is also planning the re-railing and re-sleepering of the 239km rail line between Albury, Melbourne and Geelong, as well as upgrading the old bridges between these cities.

The programme includes carrying out 32 major upgrades across the interstate rail network by 2013-14, 13 of which are completed and 11 currently under construction.

Work also includes easing the severity of the curves at 58 locations between Newcastle and the Queensland border by realigning the existing track to allow trains to ply at higher speeds, which is being implemented at a cost of A$170m (US$165.8m).

Another A$76m upgrade will extend seven passing loops on the rail line between Melbourne and Adelaide.

Other improvements include building new turnouts and safer level crossings, as well as improving drainage, and upgrading bridges and culverts.

ARTC has previously received $1.2bn (US$1.1bn) from the Australian Government in stimulus funding for the interstate rail network.