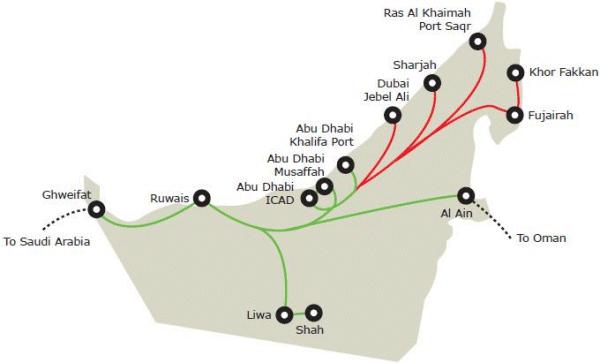 Etihad Rail has invited prequalification bids for phase II of the UAE’s $11bn rail plan and includes civil and track works, and design, procurement and construction of the rail line.

The second phase of the project will connect Abu Dhabi to Jebel Ali in Dubai as well as link the borders of Saudi Arabia and Oman and it will be carried out under four railway design and build infrastructure contracts.

Under the project the phase I rail line will be extended 137km from Ruwais to Ghweifat and 190km from Liwa Junction to Al Ain.

It also includes construction of 186km from Al Ain Junction to Jebel Ali Port including a branch line to Khalifa Port, and a 78km branch line from Industrial City Abu Dhabi to Mussafah.

Phase II of the project will include constructing depots, passenger stations, freight facilities and marshalling yards, which will be operated from the operational control centre.

UAE’s Etihad Rail is planning to construct a 1,200km rail network at a cost of $11bn from UAE to Saudi Arabia as part of a GCC railway framework under three phases.

UAE’s rail network forms part of the GCC Railway Network – linking the UAE to Saudi Arabia via Ghweifat in the west and Oman via Al Ain in the east.

The new railway alignment across GCC will allow passenger trains to run at a speed of 200km/h and freight trains at 120km/h.

Phase I of the UAE rail network has been awarded to an Italian-UAE joint venture comprising Italy’s Saipem, Tecnimont and UAE-based Dodsal Engineering and Construction for AED3.3bn ($900m).

It spans 266km connecting the cities of Habshan and Ruwais in Abu Dhabi’s by 2013 and Shah and Habshan by 2014 while the third phase will connect the northern parts of UAE.

It also involves design, procurement and construction of the rail line including building a depot at Mirfa.