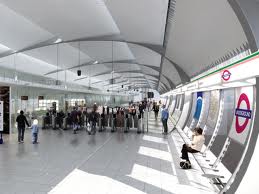 The Farringdon contract is worth £200m, with each of the companies holding an equal stake, and includes the construction of the station’s building, accesses and caverns.

After the completion of the Crossrail route, Farringdon will serve the Thameslink, Crossrail and London Underground, and passengers will reach Tottenham Court Road from Farringdon in 3 minutes, Paddington in 7 minutes and Heathrow in 31 minutes.

Farringdon station will provide a direct connection to Heathrow, Gatwick and Luton airports.

Work on the project is scheduled to start on 16 January 2012 with completion scheduled for 2018.

The Whitechapel station contract is worth £110m and includes the demolition of the existing station, construction of a new ticket hall behind the retained station façade, and the upgrade and extension of the Hammersmith & City and District Line platforms.

It also includes construction of a new station bridge concourse in and over the East London Line cutting, as well as of the the shafts and platforms for the Crossrail tunnels, plus related architecture and mechanical and electrical (M&E) infrastructure.

The new station will be located to the north of the existing station with a new ticket hall for step-free access to Crossrail, London Underground and London Overground.

Around 200 million passengers will travel on Crossrail every year and the opening of the Crossrail route will increase the rail capacity by 10%.

Crossrail station platforms will span 250m to accommodate 200m trains and can also serve 240m longer trains as per the rise in traffic.

The remaining contracts for central London stations, including Bond Street, Tottenham Court Road and Liverpool Street, will be awarded in 2012.

Tenders were invited for C502 Liverpool Street in September 2011, while tenders for C422 Tottenham Court Road and C412 Bond Street have yet to be issued.