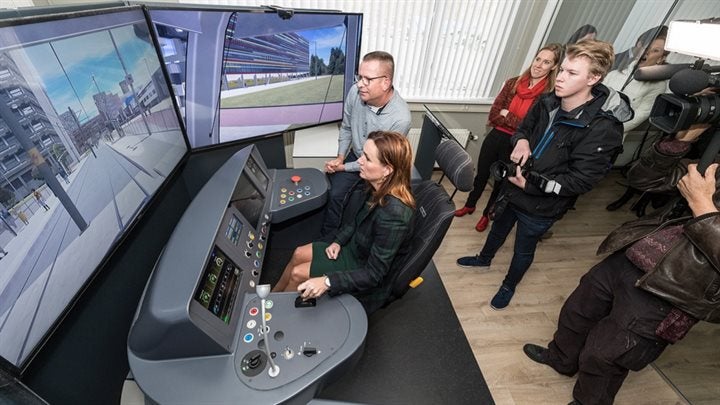 Last 18 January was an important day for the province of Utrecht. Tram operator QBuzz and the municipality of Utrecht celebrated an event that highlighted the commitment of both bodies to excellence in transport, sustainability and above all, their commitment to safety.

Three important events were presented. On the one hand, the new units developed by CAF for Utrecht city’s new line (Uithof) were presented, while an extension of the contract for 22 additional units was signed. In addition, the new simulator for training tram drivers, developed by LANDER, was presented.

This tram simulator project is LANDER’s first project in Holland. It consists of a replica desk of the Urbos 100 by CAF, for which the entire QBuzz network has been simulated, both the new Uithof line and the existing Sunij line.

The arrival of the simulator months before the new line starts operating is enabling QBuzz to train its staff so that when the time comes to start its operation, the drivers are properly trained.

At Lander we would like to offer our most sincere congratulations to the entity and in particular to the people with whom we have had the fortune to work throughout the project and who have made the result of the teamwork between QBuzz and LANDER so good.

From now on QBuzz has a long and exciting path ahead of it, and they can count on us to be by their side to help them make the most of the training tool.