On Friday 22 April, it was Earth Day. This year’s theme was Invest in Our Planet, calling on everyone including government, citizens, and companies, to contribute to tackling climate change.

“Unless businesses act now, climate change will ever more deeply damage economies, increase scarcity, drain profits and job prospects, and impact us all,” wrote Earth Day Network on their website.

Just 100 companies have been the source of over 70% of emissions since 1988, found a study by the international non-profit organisation CDP in 2017. In that light, pushing the private sector to contribute to reducing emissions seems like a necessary step in reducing global emissions.

Most companies have some form of climate strategy in place. However, without clear guidelines and accountability, there is a risk of unclear targets, empty promises, and greenwashing. 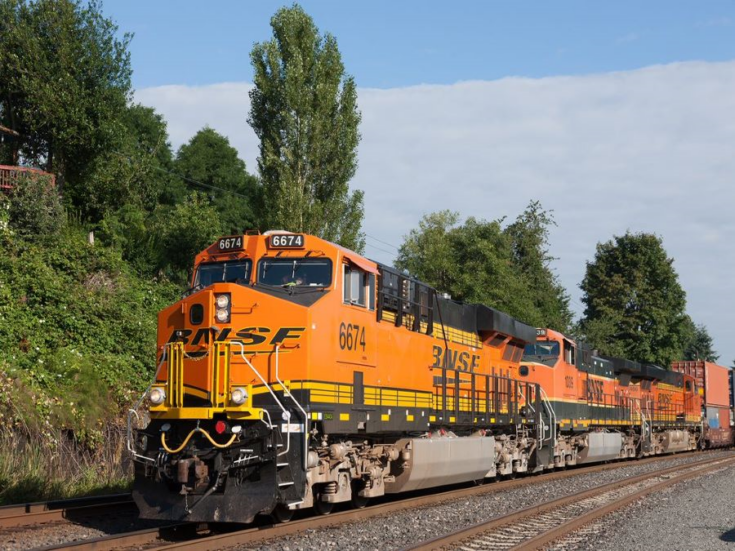 When investigating the climate strategies of 25 major global companies, the non-profit NewClimate Institute found that pledges made in these public strategies are often ambiguous and emission reduction commitments are limited.

With the lack of regulation, there is a growing need for companies to set clear and credible targets. This is where independent certification schemes such as the Science Based Targets initiative (SBTi) come in.

The SBTi is a collaboration between CDP, the United Nations Global Compact, World Resources Institute and the World Wide Fund for Nature. Over 1,300 companies have joined with science-based targets that are in line with the Paris Agreement goals and approved by the SBTi.

Railway Technology analysed the emissions reduction targets of the companies in the database of the SBTi. Because it can be difficult to compare targets between different companies and sectors, the analysis only includes the companies with absolute targets. Absolute targets are only relative to a baseline, while intensity targets – the ones that were excluded – are relative to a unit or economic output, for example, a reduction of emissions per million dollars of profit.

The data shows that fewer companies are committed to Scope 3 than to Scope 1 & 2 and that the targets set for Scope 3 are less ambitious.

Setting scope 3 targets as a company is just as important, if not even more, as setting targets for scope 1 and 2, explains SBTi: “For the majority of sectors, the largest sources of a company’s emissions lie upstream and/or downstream of their core operation”.

Based on an average of 21 companies, the highways and railtracks and railroads transportation sectors have committed to reducing 42.8% and 40.6% of emissions in 11 and 10.5 years respectively. That is less ambitious than the average of all companies. Across all companies in the database the average target is for a reduction of 44.6% in a timeframe of 12 years.

Among companies in the railway industry, Ferrocarrils de la Generalitat de Catalunya has the highest commitment, with a reduction of emissions of 92% by 2030.

On the other hand, ASTM and Alstom lag compared to other railway companies, with reductions targets of 25% by 2030 and 2025 respectively.

The SBTi categorised each target set by companies based on future pathways. The trajectory can either be towards a 1.5°C, well below 2°C, or 2°C above pre-industrial levels by 2050.

To avoid the most significant consequences of climate change, the rise in global temperature needs to stay below 1.5°C above pre-industrial levels by 2050. However, the latest report from the Intergovernmental Panel on Climate Change (IPCC) shows that the current trajectory will result in global warming of between 2.2 and 3.5°C. In response to the urgent need to reduce emissions further, the SBTi will “only accept target submissions of scope 1 and 2 targets that are in line with a 1.5°C trajectory” as of July 15, 2022.

A total of 8 companies in the railway sector had absolute and intensity targets that were in line with a trajectory towards 1.5°C above pre-industrial levels by 2050, while 13 companies wouldn’t be able to submit their targets under future SBTi norms.