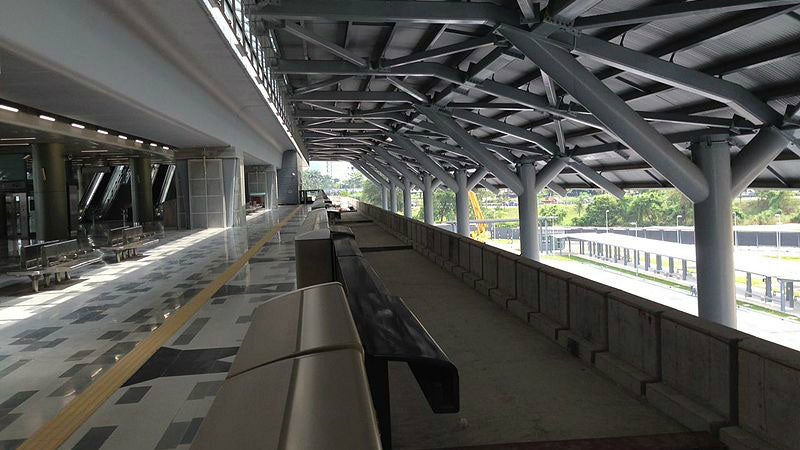 Sungai Buloh-Serdang-Putrajaya (SSP) is a 32.4mi (52.25km)-long mass rapid transit (MRT) line under construction near Kuala Lumpur, Malaysia. The line will connect the townships of Sungai Buloh, Serdang and Putrajaya.

SSP Line is the second part of the Klang Valley Mass Rapid Transit (KVMRT) project announced by the Government of Malaysia in December 2010 to carry approximately one million passengers a day by 2022. The first line in the KVMRT network, named Sungai Buloh-Kajang Line (SBK Line), will be completed in July 2017.

Mass Rapid Transit Corporation is the owner and developer of the SSP Line. The Construction of entire stretch of the line is estimated to be completed with an investment of RM32bn ($7.19bn).

The line will serve Sungai Buloh to Putrajaya corridor, which has a population of approximately two million. It will have a daily ridership of roughly 529,000 passengers upon its completion in July 2022.

The line is being constructed in two phases, with the first phase involving the construction of new stations between Kwasa Damansara and Kampung Batu. The ground-breaking ceremony for the construction of the line was held in September 2016 at Putrajaya Sentral. Phase one is expected to be operational by July 2021.

The second phase, which involves the construction of the stations, is expected to be completed by July 2022.

Rolling stock for the SSP Line

The rolling stock and depot equipment for SSP Line will be supplied by HAP Consortium, which consists of Hyundai Rotem Company, Apex Communications, and Posco Engineering.

The rolling stock will include 58 four-car driverless electrical trains, with each car being 22m long, 3.1m wide and 3.7m high. The four-car train will have a maximum capacity of 1,000 passengers. The train cars will include four pairs of bi-parting doors on each side and will be equipped with ventilation, air-conditioning units, and a CCTV system.

The body of the cars will be made of lightweight aluminium or stainless steel. The train will not include any driving cabin as it operates on a driverless system. The operating speed of the train will be 100km/h, whereas the average speed will be 40km/h.

The SSP Line will feature an automatic train control (ATC) system, which will allow for full bi-directional automatic control of trains over each track from the operations control centre (OCC) located at Sungai Buloh depot.

The traction and power supply will be provided from Tenaga Nasional Berhad (TNB) to Bulk Supply Substations (BSS) at 132kV. A 33kV internal distribution network will supply the high-voltage AC power to the traction and station power substations.

P.E.S.B. Engineering and Huls Transmission have been respectively awarded the contracts for packages one and two of the TNB pylon and overhead transmission line relocation, in November 2015.

“The line is being constructed in two phases, with the first phase involving the construction of new stations between Kwasa Damansara and Kampung Batu."