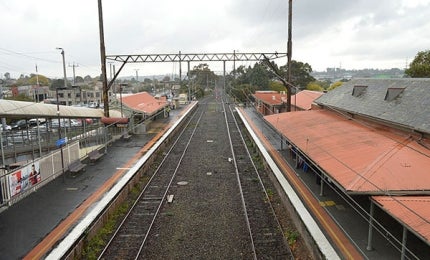 Ringwood railway station is located in Melbourne suburb of Ringwood in Victoria, Australia. Built in December 1882, the station serves as a junction for Lilydale and Belgrave lines.

A $66m upgrade of the railway station was initiated in September 2014 and was completed in January 2016. . The objective of the upgrade is to provide modern, integrated transport facilities to Ringwood, by creating multiple access options, including ramps, stairs, lifts and escalators.

"A $66m upgrade of the railway station was initiated in September 2014 and completed in January 2016."

VicRoads is the project manager for the Ringwood station and interchange upgrade project design and construction on behalf of Public Transport Victoria, a statutory authority that manages Victoria’s train, tram and bus services.

The Ringwood railway station upgrade included construction of a new pedestrian concourse and overpass, upgrade of the heritage-listed brick station building, reconstruction and expansion of the bus interchange, and construction of toilet facilities and waiting rooms, as well as a new landscaped station forecourt.

Safety is improved with the addition of lighting and CCTV, along with new signalised pedestrian crossing and cycling facilities along the Maroondah Highway. A ‘boulevard’ was created between Ringwood Street and Warrandyte Road for improving the road environment in central Ringwood.

The upgrade also included refurbishing the ticket office and accessible toilet facilities at platform number three, in addition to improving the customer waiting areas and kiosk facilities on Platforms 1 and 2.

The project was proposed to improve public transport connectivity between Parramatta and other key destinations in the Western Sydney area.

The project created 100 construction jobs and is expected to boost Ringwood’s future employment and economic development.

Construction on the Ringwood station upgrade began in September 2014, with the demolition of disused shops in the railway place.

John Holland was awarded a $40.46m design and construction contract for the Ringwood station and interchange upgrade project in July 2014.

In September 2014, the Time-lapse Company was contracted to provide remote site monitoring by installing cameras on the station and surroundings during the construction.