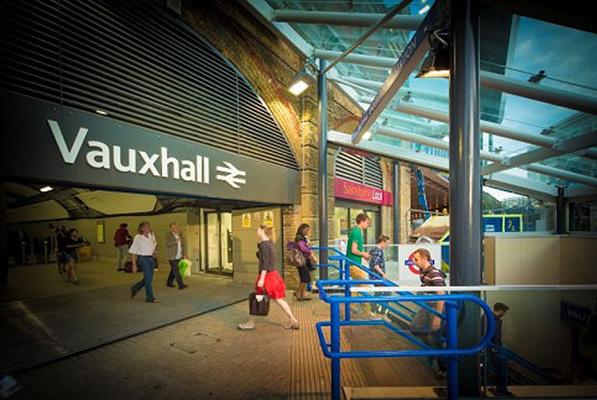 London’s Vauxhall Tube Station is being upgraded to increase its capacity to accommodate an expected 40% rise in passengers in the next few years. The station currently handles around 21 million people annually, with planned upgrades improving accessibility at the station and enabling step-free access to the underground Victoria line trains.

The current upgrade project forms the first phase of Transport for London’s (TfL) larger plan to invest in transport projects to encourage economic growth. Vauxhall is one of the Mayor’s 33 key opportunity areas of London.

The upgrade is expected to be completed by the end of 2015 at an estimated cost of £36m ($59m). The contract for the project was awarded to Bechtel in May 2013. The initially estimated cost of £45m for the upgrade was reduced by £9m, thanks to Bechtel’s unique, cheaper construction methods that are also eco-friendly.

Access from the street level to the station’s platform is by escalator and stairs. The station is currently equipped with a ticket hall, escalators, gates, cash machines, payphones, help points, and Wi-Fi connectivity.

Victoria Underground is a major transit hub for rail and bus transport, delivering commuters and tourists to key destinations in the city.

The upgrade plan includes complete makeover of subways and stairways of Vauxhall, including the installation of a shaft and lift between the ticket hall and platforms. The new and existing lifts operating between Vauxhall bus station and the Tube ticket hall will provide steps-free access to the Victoria line trains, creating a fully accessible interchange between buses, trains and tubes.

A major overhaul will take place in the ticket hall to accommodate more ticket gates and aisle gates. The re-configured ticket hall will enable wheelchair users and other passengers with heavy luggage to travel conveniently.

The station, along with its subways and stairways, will also be completely refurbished as part of the project. It includes the construction of elevator shaft below the ground level, on the side of the ticket hall, to minimise the disturbance in the surrounding area.

The shaft and the connecting tunnels will be constructed using sprayed concrete lining techniques in order to reduce the volume of excavated materials and their transportation.

The western entrance has been closed for the time being to facilitate works on the island site. The passengers are provided with an alternative entrance through a temporary pedestrian path with signage towards New Covent Garden Market and Wandsworth Road.

The second work site will be established on the north side of Wandsworth Road, near the existing subway entrance. The subway will be closed until spring 2015, but limited access to the station will be available through the steps at the start of Vauxhall Bridge.

Certain upgrade works are expected to be carried out during the night. TfL is striving to mitigate disturbances, at night, and environmental impacts caused during the construction.