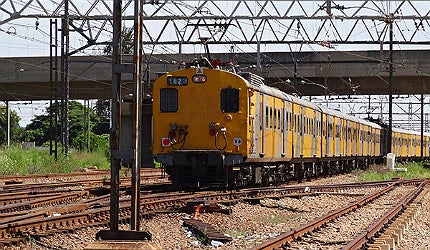 The Gauteng Signalling Project aims to replace the obsolete signalling system currently in use on the Gauteng railway network with an advanced electronic signalling system. The project is part of a R17bn ($1.97bn) national re-signalling programme being undertaken by the Passenger Rail Agency of South Africa (PRASA).

The project will be carried out in two phases. Siemens has been awarded the signalling contract for both the phases. The R1bn ($116m) phase one contract was awarded in 2011 to re-signal one-third of PRASA’s Gauteng railway network by 2016. The phase two contract, worth R2.762bn ($320m), was awarded in December 2012 to cover the rest of the network by 2019.

The need for re-signalling in Gauteng Province

Gauteng, one of the nine provinces of South Africa, is the smallest but most populous province in the country. It is also highly urbanised, containing cities such as Johannesburg and Pretoria.

The signalling system currently used in Gauteng is comprised of old technologies, with some of them dating back to the 1930s. Gauteng has witnessed increased rail traffic during recent years. Moreover, it has railway stations such as Johannesburg Park Station, which is one of the busiest railway stations in Africa.

The existing signalling system is no longer reliable for processing and monitoring the train movements consistently and efficiently. In addition, maintenance of the existing system has become a major problem because of a lack of necessary spare parts.

PRASA, therefore, recognised the need to install an advanced signalling system across the rail network of Gauteng on a priority basis. The project will increase its operational capacity, as well as ensure safety and flexibility of the network.

"Gauteng, one of the nine provinces of South Africa, is the smallest but most populous province in the country."

The Gauteng signalling project is being executed by Siemens through a turnkey contract that spans from initial design works to the final operational handover. Apart from providing a new rail signalling and train protection system, the project also includes upgrades to relay rooms, tracks and a number of local and remote control stations in PRASA’s railway network in the province.

The core aspects of the first phase of the signalling project include the construction of a new operations control centre, called the Gauteng Nerve Centre (GNC), for centralised rail traffic management and the installation of Electronic Interlocking Signalling Systems at 15 stations in the province.

More than 800 axel counters will replace the existing track circuits and in excess of 380 new switch machines will be installed.

While some of the signalling equipment will be procured by Siemens from its factories in Germany, the rest will be assembled and tested at the company’s Kya Sand premises near Johannesburg.

The major features of Trackguard Sicas S7 are its compact and modular design, low investment and operating expenditure and spare parts supply. Moreover, it can be adjusted and extended as per different requirements in the future without any interruption to its operations.

The electronic interlockings will be installed at each station. The information collected at the station will be transmitted to a new operations control called GNS.

The communication between the interlocking and the GNS will occur through an optical fibre network which was delivered by Siemens in 2010. The GNS will handle a total of 70 interlockings in the province.

The Gauteng signalling project will mark an important milestone in modernising the railway infrastructure of South Africa. During August 2012, two more signalling contracts for PRASA’s KwaZulu-Natal and Western Cape rail networks were awarded to Bombadier and Thales respectively.

These signalling projects will lay the foundation for automatic train protection and semi-automatic train operations in the future. PRASA currently has a fleet of 4,600 cars and most of them are nearly 40 years old.

It will also bring efficiency to PRASA’s rail service by making it possible to handle as many as 60,000 passengers during peak periods in key corridors, with increased frequencies of trains of up to three to five minutes in regular intervals.

Rail transport in the Johannesburg area of South Africa entered a new era in 2011 with the opening of the Gautrain Rapid Rail Link.

Freight Rail is the largest division of rail operator Transnet and has approximately 25,000 employees throughout South Africa. 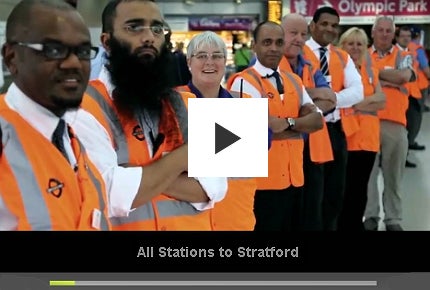 For the 2012 Olympic Games, London’s transport network transformed itself from a rickety liability into a transit powerhouse. But how did it pull off this medal-worthy feat? Read more here.