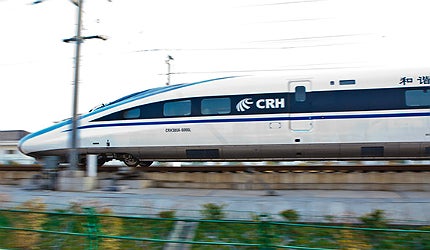 The Beijing-Guangzhou railway line is the world’s longest high-speed railway line, as of December 2012. It stretches 2,298km (1,425 miles) in length and can accommodate trains travelling with average speeds of 300kmph. The line reduces travel times to eight hours, as compared to the 22 hours it takes on traditional railway lines.

The line was a part of nationwide project that would bring 18,000km of high-speed rail to China by 2015. The line is part of China Railway High-speed (CRH), China’s high-speed railway network.

China Railways is expected to operate 155 pairs of trains on the Beijing-Guangzhou line with a frequency of one train for every half an hour.

Construction of the Beijing-Guangzhou line

"The Beijing-Guangzhou railway line is the world’s longest high-speed railway line, as of December 2012."

Construction on the high-speed line from Beijing to Guangzhou started in 2005. The line is divided into four sections, namely the Wuhan-Guangzhou Section, Shijiazhuang-Wuhan Section, Beijing-Shijiazhuang Section and Guangzhou-Shenzhen-Hong Kong Section.

The 968km long Wuhan-Guangzhou Section was opened to traffic in December 2009. The 102km long first part of the 146km Guangzhou-Shenzhen-Hong Kong Section between Guangzhou and Shenzhen was opened in January 2012. The whole section is expected to be completed by 2015.

The construction cost of the remaining section up to Hong Kong is estimated to be $8.6bn. All the other sections were inaugurated in late 2012.

Construction of the Beijing-Guangzhou line was slowed down after July 2011 following a train crash incident on one of the high-speed rail lines of the country. The crash caused the death of 39 people and injuries to approximately 200 people. Flaws in integration of signalling system with the local equipment was quoted to be the reason behind the crash.

The construction of the Beijing-Guangzhou line was, however, resumed and accelerated in 2012.

The train’s body resembles a fish head in the front. It is welded with aluminium alloy, which reduces the aerodynamic resistance and helps the train to attain speeds as high as 380kmph.

The input power of 25kV 50Hz AC for traction is supplied by means of overhead catenary power supply and produces an output power of 20.44MW. The rolling stock has regenerative electronically controlled pneumatic brakes.

The Guangzhou south railway station is located in Shibi Town in the Panyu district of Guangzhou, capital of the Guangdong province, at the heart of the Pearl River Delta.