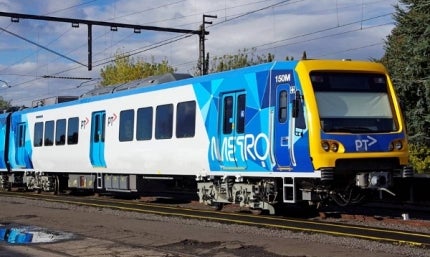 The 42.7km Frankston railway line connecting Melbourne city centre with the south-eastern suburban city of Frankston is undergoing a $100m upgrade, known as the Bayside Rail Project, to improve reliability, safety and capacity along the line.

The rail improvement project, scheduled for completion by December 2015, will upgrade the existing tracks and signalling for the operation of new Alstom-made X’Trapolis high-capacity trains and improve the stations and maintenance facilities along the line.

The Frankston bayside suburban rail line, running from the City Loop or the Melbourne Underground Rail Loop (MURL) to Frankston and providing linkage to the Stony Point line in Victoria, was opened in 1882.

The Underground Bus and Train (UBAT) project is a proposed rapid transit system for Brisbane, Australia.

The line was electrified in three phases in 1922 followed by tracks and signalling modification works between 1933 and 1986 to improve capacity and service reliability. The line currently has 33 stations, including five city stations, while a new station called Southland Station is planned to be built with a $21m investment by the end of 2016.

Details of the Bayside Rail Project

The new Australian rail line will enhance train services for 500,000 weekday travellers of the Frankston line by introducing eight new high-capacity trains. The project, underway since November 2013, will involve an upgrade of the existing signalling system and substations, and laying of new power cables. The stations along the line will also undergo major safety improvements such as installation of new raised tactile tiles, construction of anti-slip platform surfaces and covered walkway, installation of myki readers, passenger information display and CCTV cameras, and provision of better lighting.

New network status boards providing information about how train, tram and bus services are performing across the network will also be introduced on the Frankston Line stations on a pilot basis.

Public Transport Victoria awarded a contract worth €85m ($117m) to Alstom to supply eight X’trapolis trainsets for the Frankston line in June 2013. The addition of these new trains will bring the number of X’Trapolis trains operating on Victoria’s railway network to 74. The first train is scheduled to operate on the network in 2015.

"Each train will have six cars accommodating more than 1,400 commuters."

The X’Trapolis trains feature effective air-conditioning and heating for controlling temperature, and will have a minimum of three automatically opening and closing doors on each side per carriage for quicker boarding. Closed circuit television systems (CCTV) in every carriage and direct video links between each carriage and the train driver will be present.

Each train will have six cars accommodating more than 1,400 commuters, and will operate at speeds up to 130km/h.

Funding for the Bayside Rail Project

The Victorian Government allocated A$100m ($93m) for the planning and development of improvements and upgrades along the Frankston railway line in the 2013-14 State Budget.