A reconfigurable carriage concept from design consultancy 42 Technology was one of three winners to share a £2.2m fund awarded as part of the Tomorrow’s Train Design Today (TTDT) competition. Led by FutureRailway – a collaboration between Network Rail and the Rail Safety and Standards Board – the competition aims to identify the next generation of passenger rolling stock.

"It was one of those bolts from the blue. I have a year-old son and had the idea at about 3am one morning while trying to get him to sleep," says Dr Jon Spratley, a 42 Technology director and mechanical engineer by training.

"I commute a fair bit by train and I take my bike on, [but] I’m going against the London commuter traffic.

"The carriages are very lightly loaded and obviously in the other direction they are incredibly very heavily loaded. So, the idea came from understanding that and knowing the aircraft industry moves a lot of freight in the belly of the aircraft.

"The combination of those things made me think; if we can move freight, then there’s huge benefits in terms of the cost and revenue, but also getting lorries off of the road."

But, what exactly is the carriage and what is its purpose? Intended to move low-density, high-value (LDHV) freight, such as parcels and flowers, it incorporates seating that can be concertinaed to allow room for freight – hence the name reconfigurable.

"The premise is the carriage reconfigures itself. It starts off as a standard passenger carriage and the passengers, hopefully, will not be able to tell any difference if they are on a freight-capable carriage or not," adds Spratley.

Rail-air freight: can it work?

"When the train gets to a terminus station, the carriage is inspected to ensure it is safe and then gets reconfigured."

While it’s still early stages and nothing has been set in stone, the idea is that this transformation is undertaken by staff at the terminus. Staff who sweep, or check, trains as they arrive would have a key switch that they turn, and the carriage would reconfigure itself.

Spratley says: "The seats move out of the way, allow[ing] for space near the doors for freight. Our model mock-up shows the seats concertinaed up at one end and the freight is loaded through the doors."

Because of time considerations and the practice of moving freight on and off, 42 Technology has limited its studies to carriages with double doors, with single doors viewed as inefficient in terms of time and space.

"One of the big challenges and tests around this is can this [the reconfiguration] be done quickly enough? Part of the technical feasibility we did was to assess how quickly that can be done, because we don’t want to be delaying trains at the station," he says.

"Similarly, the freight has to be loaded and offloaded fairly quickly. That is what governs things like the acceptable size of the doors and the minimum dimensions."

Spratley points out that the design has focused on one ideal: it has to be a passenger train first and foremost. The freight can be added when it is not being used to its fullest, he adds.

"You would never have passengers sharing space with freight because there are all sorts of implications there that would be very unpalatable, health and safety being one of them."

Spratley and his team began their initial work on the carriage approximately a year ago, submitting early proposals to FutureRailway. They then received a small amount of funding for a feasibility study, which ran for four to five months, ending in February this year.

Using a two-pronged approach, the engineering and technical aspects of the study focused on how it could work, its interaction with people, how to move freight on and off and the impact such a system would have on the carriage itself and its integration.

"It was looking at quite high-level design and to validate that there were no showstoppers in the technical ability of the concept. Technically it’s not breaking brand new technologies," Spratley says.

In terms of the commercial feasibility, 42 Technology claims that a reconfigurable carriage could deliver additional revenues of £100m, a figure that was reached via an in-house approach that studied rail lines that carry double-door trains.

"Just looking at the lines that currently run trains with double doors, the capacity loading of those routes and making an assumption of a relatively modest amount of freight [that] could be moved on them, the numbers we were getting were in the £60m range," says Spratley.

"One of the big challenges and tests around this is can this be done quickly enough?"

"Scaling that up – allowing a little bit for the rail industry to say ‘once this takes off some of the routes into London or big cities may decide to modify the carriages that they run’ – then you can easily see the value would grow. It is a broad estimate at this stage.

"[However], if the numbers really stack up it could be very valuable to the railway industry and could add on a completely new business model."

In a Newcastle University study – which was released in 2014 under the EU-funded Spectrum project, and considers the possibilities of transporting LDHV goods using new rail methods – it was suggested that a network of innovative train services, using "wagons and horizontal transhipment technology", could be used for a "significant proportion" of the LDHV goods that are currently transported by road in the EU.

It added that "trains would predominantly run on mixed-traffic routes, requiring integration between freight and passenger train services".

In addition, according to Network Rail, UK rail freight contributes £299m to the economy, with each freight train removing approximately 60 HGVs from the roads.

Such figures demonstrate that, while the reconfigurable carriage is very much in its early stages, there does exist an area where envisioning its implementation is entirely realistic.

In many aspects, the real work begins now for 42 Technology. With the funding from TTDT, the company can map its intentions. The first of these is a demonstrator unit that will test the system in a laboratory setting.

To get into the "nuts and bolts" of the technology, Spratley and his team will analyse the movement of the seats, how the freight is moved on and off, and safety implications – in essence, "demonstrating the principle of it working", according to Spratley.

The global transport sector is on the verge of drastic transformations in sustainability.

A prominent consideration will be looking at how the technology will be integrated with different carriage manufacturers, no doubt something that could be an issue moving forward, although talks with manufacturers are in the pipeline.

Lasting for around 18 months, the demonstrator unit is the precursor to what is hoped will be a small pilot study where the system is integrated in a single carriage on a relatively sparsely populated route.

Spratley adds: "It really depends on how the industry responds and whether we can meet their criteria and, with this demonstrator, prove to them the system is safe."

If this is achieved, it may only be a few years before the reconfigurable carriage is a reality rather than a concept. 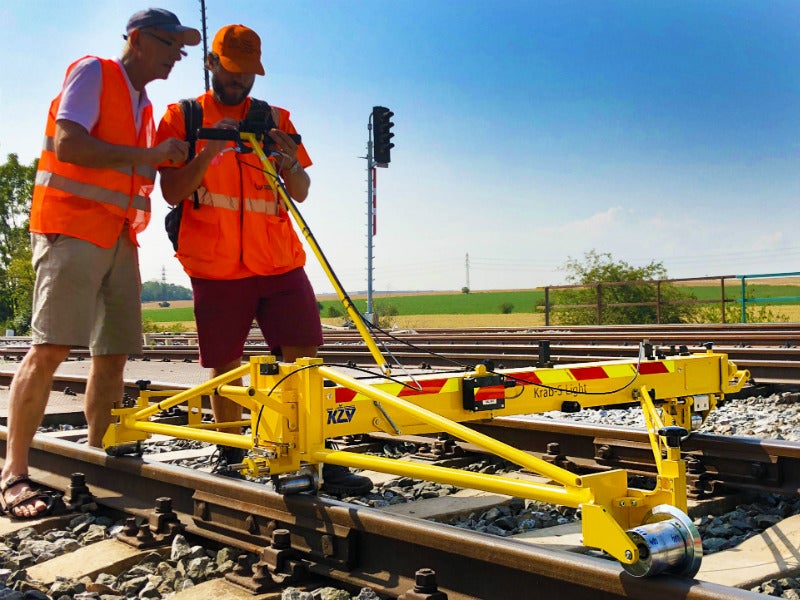