Globally leading technology protected with over 30 patents. It delivers superior results in reducing curve friction noise, rail/wheel wear, and vibrations with high precision trackside and on-board application devices. The technology has been challenging the state of railway lubrication for over two decades. ELPA is the only supplier to have developed both application devices and composite materials and can therefore guarantee results. 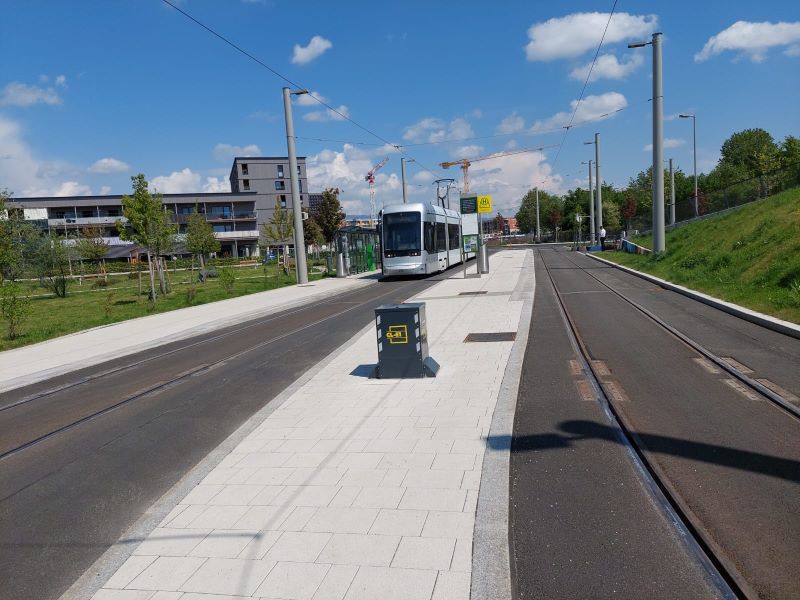 A leading innovator in managing railway friction, without compromising required traction. It is the only technology that can apply Composite Hardly-Fluid Compounds- CHFC. CHFC are proprietary composite materials with over 40% of solid micro particles. The company’s formulas have been optimised at the inception of the technology and have not been changed since, simply because they consistently deliver optimal results in reducing rail wear and rail friction noise.

Higher profitability due to reduced rail wear and wheel wear

Lateral wear of rail gauges in curves can be decreased by 70% and so can wheel flanges passing these curves. Payback periods of trackside devices can be shorter than two years. A case study of a railway curve with a radius of 400m shows savings of up to €20,000 annually due to approximately three times less milling and replacing of the rails. In an S-curve with several switch points and check rails, savings amount to nearly €50 to €100,000 annually. On marshalling yards, savings can be even more substantial.

The WONROSTM (wear and noise reduction at source) technology has perfected friction management to a level where curve squealing is eliminated, without compromising traction. The technology has solved several well documented high frequency noise hot spots, after other available technologies have failed. Measurements show the noise can be reduced by up to 30dBA. In terms of human perception, the noise is eliminated.

Composite Hardly-Fluid Compounds with over 40% of solid particles. It is the composite materials that deliver results, the precise application technology further enhances their efficiency.
Pioneering technology to supply material through bore holes in the Vignole rail. Patented, attested, and on freight lines extensively applied technology are a safety warrant since 2001.
The greenest trackside solution: kinetic wheel energy is used for the operation of the unit, including material mixing in the reservoir. Underground reservoir option in photo.
Bremex Annsys reduces the squealing of hump yard retarders by 99.9% or up to 30dBA. It saves the environment by substantially reducing life cycle costs of marshalling yards related to wear.
On-board friction management devices supply all contact parts with a single composite material. Lowest amount of compressed air required. Airless solution for tramways.
As photo shows railways are largely underserved with efficient on-board lubricating devices. With WONROSTM on-board technology little to no dripping and soiling can be expected.
On Vignole rails most of the squealing is emitted on inner rail TOR. CHFC materials are efficiently carried down longer curves on top of the rail to reduce wear and squealing.
Efficient use allows for small and slim containers, which are especially convenient for narrow metro tunnels.

Vibrations originating from the wheel-rail interface cause much damage to the infrastructure and the rolling stock. The vibrations are not only transferred to the infrastructure, but to the buildings nearby. This is a particularly prominent issue for many people living above metro lines and by the tramways tracks.

The introduction of Composite Hardly-Fluid Compounds (CHFC) marked a discontinuation of the use of potentially dangerous railway lubricants. The CHFC work both on top of rail friction modifiers and as rail gauge lubricants, so only one material manages friction across the entire contact surface. Braking performances are not compromised, even in rainy conditions. In fact, most of the brake tests show that after the application of CHFC, braking distances are shorter by up to 16%.

The most outstanding and obvious quality of the CHFC composite materials is their very high content of solid micro particles, up to 50%, which is several times more than typical competitive products. This translates to a very low consumption of the material. The solid micro particles form a mechanically resistant, highly dense microfilm which wears off very slowly. Precise application and low consumption allow the ballast and vehicles to remain unsoiled with excessive material. Trackside units typically only require refilling twice a year.

Bremex Annsys technology is an award-winning technology that consistently eliminates hump yard brakes friction noise. Due to reduced wear on the entire marshalling yard, savings in the range of several hundreds of thousands of euros per year can be expected. For example, the life time of braking shoes has been shown to be 800% longer. Squealing and wear are also substantially reduced on all other friction points, for example switch points and guard rails.

Bremex Annsys is a globally unique technology and was granted a European Business Award for the Environment by the European Commission and a research and innovation award for the ‘outstanding contribution to the innovation of the global railway system’ by the International Union of Railways (UIC).

References – our customers report following benefits of the technology

“…reduction of rail wear in the curves has been proven. The breaking and traction were not negatively affected […] inhabitants are very satisfied with the reduction of vibrations and noise.“

“…no pollution around dosing fields. Ballast and ties are kept clean.”

“…after the application of a friction modifier to the rail, the breaking distance was shorter.”

“…braking and traction effects are not changed […] consumption of the material is not higher than 7kg a month [on the main railway].”

“…no slippage during rainy days, i.e during the Southwest Monsoon period.”

“…railway is climbing steeply but there were no adhesion problems.”

“Our problem with noise has been solved completely. There is no lubricant pollution around the dosing fields on the tracks. Ties and ballast are kept clean.”

Bayerische Regiobahn announced that they have replaced their old fleet with 31 new Alstom Coradia Lint 54 trains.

CHFC material is transferred by the wheels to the entire marshalling yard, which results in a significant reduction of wear on counter rails and switch points.

It is well understood that friction modifiers with a higher proportion of solid particles provide better protection against wear and other negative friction phenomena.

Comprehensive Internet Site on Railway Friction Management Has Been Published

Almost two decades ago, ELPA assumed the role of technology leader. Since then, it has also been at the forefront in educating the market.

Due to its comprehensive approach, the award-winning technology WONROS™ is protected with over 30 patents.

The community around Gmund train station in Bavaria, Germany, was suffering from train squealing for many years.

Slovene company ELPA has developed an innovation called i-ROCK, which is an on-board device for locomotives, trams and metros.

ELPA to Exhibit at Innotrans 2014 in Berlin

ELPA to Exhibit at Innotrans 2010, Berlin