Working within the rail industry can put station staff, railway crew, and many more in uncertain or stressful situations. These situations range from operation malfunctions, unpleasant customer experience encounters, and the possibility of having to deal with a passenger fatality.

During the peak of the Covid-19 pandemic, the amount of stress and unhappiness at work reported by rail workers increased, due to having to work on the front lines – which many deemed an unsafe environment – when Covid-19 case numbers were at their highest.

To assist those working within the industry, The Department for Transport (DfT) has been working with Uk charity Samaritans to develop an industry-wide study.

Discussed during ‘Promoting and supporting positive mental health within the rail industry’, panellists conversed over the study, which aims to create an opportunity to focus on mental health and wellbeing within the industry and assist those who are struggling or are in need of support. 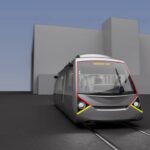 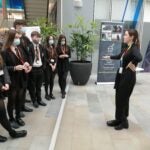 Analysis
Off the platform and onto the train: educating the younger generation

What the study aims to achieve

Samaritans has been working with the rail sector for over 11 years, on programmes that focus on how to reduce suicides, prevent fatalities, and how to achieve positive mental health.

The new study will look at what challenges the staff are facing and identify areas where inconsistencies are occurring, as well as potential failures. Alongside this, it will also look outside the rail industry to other sectors, to see where lessons and learning can be taken and applied to the rail industry so repeated mistakes can be avoided.

Once conducted, members of Samaritans will be talking to personnel across the UK in the form of surveys, group discussions, structured interviews, and informal talks. It is hoped that during these discussions those within the rail industry will provide the charity with ideas and recommendations.

Speaking on the introduction of the new survey, Olivia Cayley, head of the rail programme at Samaritans, said: “When we’ve learned everything from the feedback from the industry, I think the key part of those recommendations is that they need to be implementable. They need to be ambitious. They need to stretch and challenge the sector, but they also need to be realistic.

“Maybe we’ll look at what is that low hanging fruit. What are the quick wins? Then, what are some of the longer-term strategic cultural changes that need to happen if mental health and wellbeing in the rail sector are going to go on leaps and bounds? That is what we’re hoping for at the end of these recommendations.”

During the webinar, the mental health lead manager for Southeastern (SE) railway, Lee Woolcott-Ellis, discussed his past battle with poor mental health and the help he sought to help him. The acknowledgement of his past struggles inspired him to start the SE peer to peer programme.

“I contacted the board at SE in 2017 and I told them a little bit about my journey, but then the question was, how many other people are also having a similar journey, and probably don’t know where to go? So, we started the advocate programme in 2018.” Woolcott-Ellis explained.

“The advocates are colleagues from the organisation that have come through as volunteers, many of them have their own journey, which gives them that passion to be happy in that space. But we also put them on a professional training programme to give them not just the qualification, but the components they needed to make sure that they were actively listening.”

Since the programme was launched, engagement has been recorded at 25% of SE staff coming forward to discuss their mental health. When that is translated into numbers, it stands at 1,150 colleagues who have contacted an advocate, had a conversation with a person on the programme, or sought advice.

When speaking on the success of the programme so far, Woolcott-Ellis commented that one of the biggest drivers is positive recommendations. Once they have taken part in the programme, staff have been noted to recommend the experience to their colleagues, which has led to an increasing number of staff members taking part

What more can be done? The future of support

With many rail organisations, such as SE and The DfT, currently providing help and support for rail workers struggling with poor mental health, what else can be done to further support them?

During the discussion, Heather Waugh, a freight driver for ScotRail, discussed the issues she has noticed take place after a stressful experience has occurred. Waugh commented that too many times she has seen situations where, although one individual experienced a stressful, trauma-inducing event, other members of staff present at that location are not considered the same way.

“Perhaps the ticket examiner – whilst the driver is taken away and dealt with and taken back to the family – is put back on next train ready to work because, well, it’s not affected them. They didn’t see anything. But of course, it’s affected them, it’s affected everybody involved. There needs to be some kind of follow up care put in place or a duty of care for everybody that’s been affected at that time.”

Alongside this issue, Waugh discussed the training surrounding the fatality cases on the line. Although training is provided to rail staff on how to deal and cope with a life-changing situation, such as a line fatality, support and the care that needs to be present to reassure drivers that they did everything they could, that they followed the correct procedure, and that they feel as prepared for the situation as they can be.

Another issue of discussion that was raised was the point at which care and support should end. Waugh stated that support should not end the moment the person is back driving the train again, rather that support should be provided to the individual for as long as they deem necessary to ensure that long-lasting effects – such as post-traumatic stress disorder (PTSD) – can be diagnosed and treated.

Paired with this, managers need to be informed on the potential triggers that a returning staff member could experience, to make sure that once they return to work the traumatic event is not resurfacing for them.

Speaking on her own experience, which resulted in Waugh suffering from PTSD, she stated that ongoing support helped her through the stressful and emotional period.

“In my experience, it wasn’t somebody just following a policy. The policy was in place to support the manager, to support me, but they also made sure that the support was offered from the moment that it happened, throughout that entire time, and that it was personal and was suited to me.”

With mental health within the workplace being a key area of discussion for many companies, not just in the rail sector, it is hoped that more programmes and support networks are introduced so individuals within the rail industry can receive the support that they need.