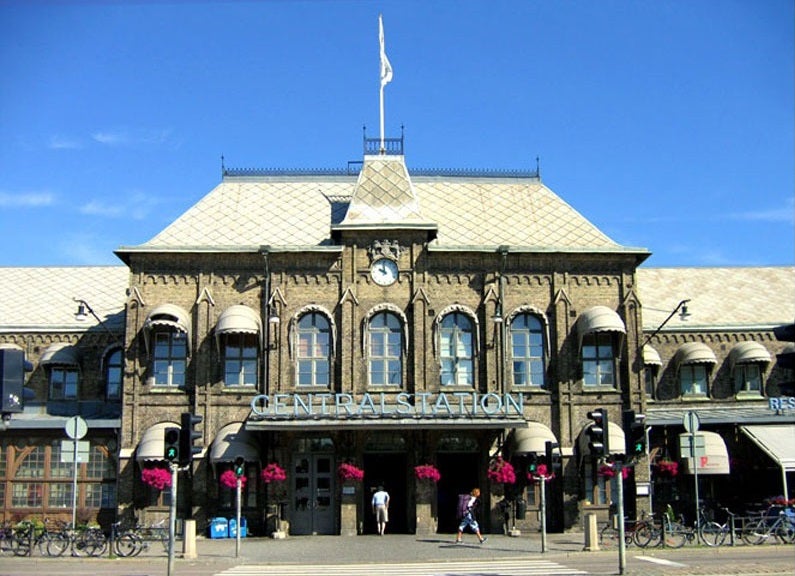 The West Link, also known as Västlänken, is an 8km-long commuter train connection through central Gothenburg, Sweden, 6.6km of which will be carried in a double-track railway tunnel. The project will also add three new stations at Haga, Korsvägen and Gothenburg central.

Construction of West Link project is expected to begin in 2017-2018 and the line will be opened for traffic by 2026. The project is owned and operated by Trafikverket.

It is being constructed as part of the west Swedish package, which will be completed with an estimated investment of Skr20bn ($2.42bn) to provide increased capacity for commuter train traffic within Gothenburg and western Sweden.

Trafikverket considered finding a solution for the railway capacity issues in and around Gothenburg hub, as part of the infrastructure development to reinforce the railway system in western Sweden to meet the growing demands of the regional population.

The plan for construction of a railway tunnel under the inner city for trains and trams was considered in the 1950s. It was, however, abandoned due to high costs. The planning process for finding alternatives also continued during mid-1990s.

Banverket conducted feasibility study on similar rail tunnel projects executed at Malmö and Stockholm during 2001 and 2002, as well as investigated three routes for Västlänken, including new stations along the routes in the city centre. The alternative routes proposed included new stations at Haga-Korsvägen, Haga-Chalmers and Korsvägen.

Banverket supported the Haga-Korsvägen alternative as the best plan for the expansion. The West Link project with three new stations at Gothenburg Central, Haga and Korsvägen was decided in 2007.

An application for the examination of the tunnel project in accordance with the environmental code was submitted in 2012. The Ministry of the Environment gave approval to Trafikverket to go ahead with planning work on the West Link in June 2014.

Trafikverket began inspection of properties that may be affected by the project in November 2014. The Country Administrative Board approved West Link environmental impact assessment (EIA) in November 2014.

The stations to be added are two new double-track stations Korsvägen, and Haga with an option to be expanded to four tracks in future, and a new third station at Gothenburg Central, which will be changed from a terminus to an underground transit station.

The preparatory works are divided into three stages. The first stage of works began in the area located between Olskroken and the Residence.

Site preparation works for the tunnel began in January 2016. The preparatory works began in the Partihallarna, and Kruthusgatan areas. The relocation works began in main lines located on Bergslagsgatan, North and South Sjöfarten and the Packhus areas.

The works also include re-laying of track at Östra Hamngatan, and the relocation of Nordstan’s loading ramp for goods vehicles and of ramps at the Örgryte junction.

The second stage of work includes rerouting of pipes located between the Residence and the Gothenburg School of Business Economics and Law.

Basler & Hofmann was awarded a contract for preparing the tender enquiry documents for the main contracts and preparatory works on the West Link in November 2014.

Peab was awarded Olskroken, the first of the six contracts, in November 2015. The subcontractors selected for the project are WSP and Infranord.

NCC and construction planner WSP was contracted to provide the first two stages of cable re-routing works at Gothenburg in January 2016. It was also awarded the Central Station construction contract in February 2016.

Haga and Korsvägen will be procured as design-build contracts. Abako Arkitektkontor, along with engineering consultancies Ramböll/Sweco was awarded the contract to provide preliminary design of the West Link Haga Station.