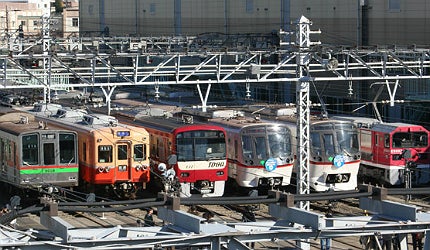 Toei Subway network, in Tokyo, Japan, is operated by the Tokyo Metropolitan Bureau of Transportation, a public transportation authority.

It is one of the two rapid transit systems serving the capital city of Japan, in the Kanto region.

The operations of the Toei subway network started in 1960. The subway is 121.5km long, with four lines and 106 stations.

The Asakusa Line, also called Line 1, is an 18.3km stretch between Nishi-magome in Ota and Oshiage, in Sumida. The line was built on a standard gauge track and has an operating speed of 70kmph. The first 3.2km section of this line was opened in December 1960. The whole stretch was completed in different phases by 1968.

The line operates private trains on some routes, including the Keikyu Main Line to Misakiguchi, Keikyu Airport Line to Haneda Airport, Keisei Oshiage Line to Inba-Nihon-Idai, Keisei Main Line to Narita Airport, plus the Shibayama Railway Line to Shibayama-Chiyoda.

Mita line, also known as Line 6, is a 26.5km stretch operating between Meguro in Shinagawa and Nishi-Takashimadaira in Itabashi. The line operates on a narrow gauge (1,067mm) track with a speed of 75kmph.

Automatic platform gates which work synchronously with the train doors are installed throughout the line.

Tokyo Metro is a rapid transit system serving the capital city of Japan. It is the world’s busiest subway with 3.16 billion annual passenger rides.

The Shinjuku Line, also named Line 10, is a 23.5km stretch between Shinjuku and Motoyawata in Ichikawa, Chiba. The line operates on a medium gauge (1,372mm) track at speeds of up to 75kmph.

Oedo Line, also called Line 12, is a 40.7km stretch between Hikarigaoka and Tochōmae. The line operates on a standard gauge track with a speed of 70kmph. It is completely underground and is the second longest tunnel in Japan and seventh longest in the world.

The line was opened on 12 December 2000. It took ten years for its construction and cost about $12.37bn. It is used daily by an estimated 0.8 million people. There are plans to extend the line westwards from Hikarigaoka Station through Oizumigakuen Station to Higashi-Tokorozawa Station. 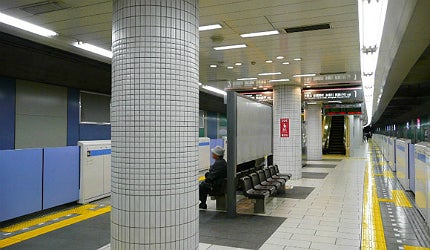 Automatic gates are installed at the entrance of each station to provide access to only those who purchased the ticket.

All the lines making up the Toei subway network operate on 1500V DC overhead catenary power supply. Automatic ticketing counters are set up at every station.

The Tokyo Sky Tree became the tallest free-standing structure in the world when it reached its final height of 634m in 2011.

Automatic gates are installed at the entrance of each station to provide access to only those who purchased the ticket.

Asakusa Line has 20 stations, in which some are Airport Limited Express Stops. This line is represented with a rose colour. Mita line has 27 stations with automatic platform gates in each station.

The 2.6km extension of the Kwun Tong Line (KTL) will link up the Kowloon City District with the rest of Hong Kong.

London 2012: How will the capital’s railway stations handle Olympic traffic?

With only three months to go, are London’s train stations prepared for the 2012 Olympic Games?