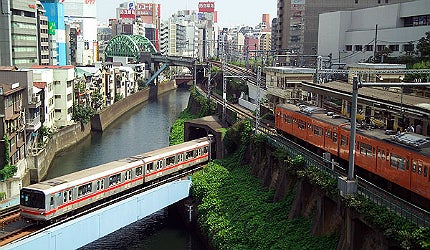 Tokyo Metro is a rapid transit system serving the capital city of Japan. It is the world’s busiest subway with 3.16 billion annual passenger rides (2010) and a daily ridership of 6.31 million people. It has been operated by Tokyo Metro since April 2004.

The metro system is comprised of nine lines with a total operating length of 203.4km. It has 179 stations in total.

"Tokyo Metro placed an order for 240 bogies with steering with Sumitomo in February 2011."

The Tokyo Underground Railway Company, which was established in August 1920, undertook the construction of the Tokyo Metro. It completed the first line of the metro, known as the Ginza Line.

The Ginza and Marunouchi lines are of standard gauge (1,435mm), while all other lines are of narrow gauge (1,067mm). The trains operate at a speed of 80kmph.

Details of the nine lines along the Tokyo Metro network

Ginza was the first line built on the Tokyo Metro. The 14.3km long stretch serves Shibuya, Minato, Chuo, Chiyoda and Taito. It operates between Asakusa and Shibuya, with 19 intermediate stations.

Construction on the first subway section between Asakusa and Ueno was started in September 1925 and was completed in December 1927. The section between Ginza and Shimbashi was opened in June 1934. In December 1953, the Asakusa-Shibuya section was named as the Ginza Line.

Marunouchi is a 27.4km stretch between the Ogikubo Station and Toshima Ikebukuro Station, with a branch from Nakano-sakaue Station to Honancho Station. The U-shaped line has 28 stations.

In December 1953 the Ikebukuro-Shinjuku section was named as the Marunouchi Line. The Ikebukuro to Ochanomizu section, part of the line, was opened in January 1954. The whole stretch of this line was completed in March 1959.

Suzhou Metro is a metro rail system serving Suzhou in the province of Jiangsu in China.

Hibiya is a 20.3km long stretch between Naka-Meguro in Meguro and Kita-Senju in Adachi, with 21 intermediate stations.

The Minami-Senju to Naka-Okachimachi section of the line was opened in March 1961.

The Kita-Senju to Minami-Senju section and the Naka-Okachimachi to Ningyocho section were opened in May 1962.

The Higashi-Ginza to Kasumigaseki section of the Hibiya Line was opened in August 1964.

Tōzai is a 30.8km stretch between Nakano Station in Nakano, Tokyo and Nishi-Funabashi Station in Funabashi, Chiba, made up of 23 intermediate stations.

The Takadanobaba to Kudanshita section of this line was opened in December 1964. The Toyocho to Nishi-funabashi section was opened in March 1969.

Chiyoda is a 24km stretch serving the wards of Adachi, Arakawa, Bunkyo, Chiyoda, Minato and Shibuya. The line has 20 stations.

Yurakucho is a 28.3km stretch between Wakoshi Station in Wako, Saitama and Shin-Kiba Station in Koto, Tokyo, with 24 intermediate stations.

Namboku is a 21.3km stretch between Meguro in Shinagawa and Akabane-Iwabuchi in Kita with 19 intermediate stations.

Fukutoshin is the newest line among the entire network and is the deepest metro line in Tokyo. The whole length of the line is around 20.2km with 16 intermediate stations. It was opened on 14 June 2008.

"It has been operated by Tokyo Metro since April 2004."

Rolling stock will be equipped with Mitsubishi’s next generation Traction Inverter System which will save 30% energy with a 40% reduction in power loss. These new inverter systems will increase the performance of regenerative brakes, emit less noise and have a low maintenance. Installation will be done after completion of trial tests which have been going since January 2012.

Tokyo Metro placed an order for 240 bogies with steering with Sumitomo in February 2011. 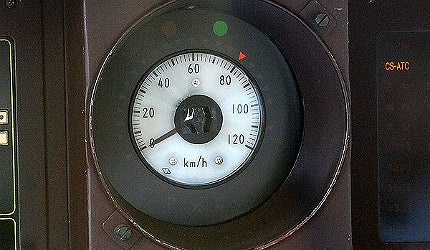 Metro de Paris is a rapid transit metro system serving the capital city of Paris within the Île-de-France region, France.

Suzhou Metro is a rapid transit metro rail system serving the city of Suzhou in the province of Jiangsu in China.