JV of Carillion and Buckingham Group 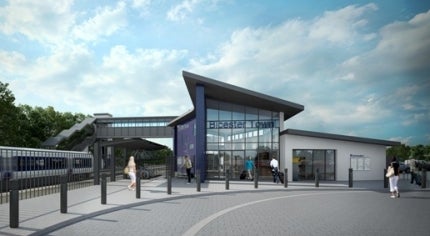 Chiltern Railways constructed a new rail line between Oxford and London Marylebone, UK, in what is the first new rail link connecting London with another major city in more than 100 years. It involved the construction of two new platforms at Oxford, the rebuilding of Bicester Town and Islip stations, as well as a new multimodal interchange station at Water Eaton Parkway.

“Train services on the new line from Oxford Parkway station commenced in mid-2015.”

Developed in co-operation with Network Rail, the project is operated by Chiltern Railways.

Details of the new rail line

The line runs through four stations, namely Bicester Town, Islip and Oxford, which was upgraded, and a new Parkway station was constructed next to Water Eaton Park.

Improvements were made to the route between Bicester and Oxford, while a new track was laid south of Bicester North station, which connects the Chiltern trains from Oxford to the mainline and those running to London Marylebone. The single track was upgraded to a 100mph double track over 18km, consisting of new overbridges, underbridges and footbridges, and a new signalling system.

A new 1km rail section to connect the Bicester Town to Oxford line to the Chiltern mainline will also be constructed.

The western section of the East West Rail between Bedford and Oxford was also developed to increase passenger and freight services to Milton Keynes and Bedford. The trains run from Reading to Bedford via Oxford, Bicester and Milton Keynes, and from London Marylebone to Milton Keynes.

Based at the existing Water Eaton bus park-and-ride site near Kidlington, Oxford Parkway station is part of a multi-modal interchange. This reduces passenger congestion in central Oxford.

East West Rail also re-opened the Bicester to Bedford line, which has been closed for more than 50 years.

The Oxford to London Marylebone line runs Chiltern’s Clubman series rolling stock at speeds of up to 100mph. The train accommodates 204 passengers on a three-car unit and 272 on a four-car unit.

The Clubman trains were renovated in 2007-2008 and the engines were modified to improve reliability. They were equipped with power sockets at most seats for laptops and mobile phones, new carpets and seat covers following a revised interior colour scheme, as well as new toilets and improved interior signage.

Construction of the line

Construction began in 2013 and the existing Bicester to Oxford line was closed. Work on the new Oxford Parkway station commenced in 2015.

Contractors involved with the project

The Carillion and Buckingham Group joint venture was awarded the £87m ($144m) design and construction contract for the new line. This also includes improvements to the western section of the East West Rail scheme to Bedford and Milton Keynes.

LeighFisher
LeighFisher is a global management consultancy with expertise in transportation,...
SUBSCRIBED