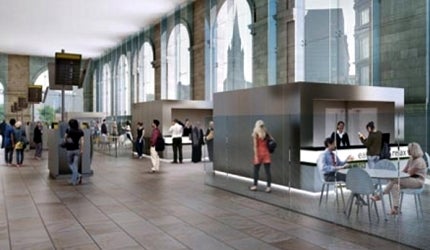 In March 2013, East Coast announced an £8.6m ($13m) modernisation project to renovate the heritage railway station building atNewcastle Central station. The modernisation will be carried out by East Coast in an alliance with another leading train operator, Network Rail.

The project is part of a bigger initiative to modernise the city centre of Newcastle. It follows the successful redevelopment of the London King’s Cross, another heritage station building.

"The modernisation will be carried out by East Coast in an alliance with another leading train operator, Network Rail."

The renovated Newcastle Central station will have a modern look and is expected to result in a surge in commercial activity in the immediate vicinity. The project will create temporary jobs during construction and several permanent indirect jobs when complete. It will also significantly contribute towards the overall economic growth of the region.

The bidding process for the modernisation of the station was successfully completed in November 2011, with Network Rail obtaining the £8.6m ($13m) funding for the project. Construction is expected to begin in May 2013 and will be completed by April 2014.

Funding for the Newcastle Central Station modernisation is being provided from the Station Commercial Project Facility (SCPF) Fund of the UK Department of Transport (DOT).

The SCPF was formed in 2011, by Network Rail, DOT and ATOC (Association of Train Operating Companies). SCPF is driven by the objective of proving funds for key projects, such as station renovations, new car parks and retail space.

Design and facilities of the modernised Newcastle Central railway station

A major portion of the Newcastle Central Station Renovation work will be devoted to earmarking an area to be used only by pedestrians. Taxis are making use of this space currently.

The project will also include efforts for bringing about a two-fold rise in the retail space. The original design of the building, however, will not be altered during the modernisation so that the historical significance of the station building is preserved.

The new era of light rail in the UK was ushered in by the first phase of the Tyne & Wear Metro. The metro is based around Newcastle upon Tyne, the major conurbation and commercial centre of north-east England. The T&W Metro project echoed a decision in the early 20th century by the North Eastern Railway to electrify urban routes that had lost business to new tramways.

The modern station will feature additional escalators and lifts. Natural light in the premises will be improved in order to save on electricity.

The main entrance of the building will be transformed by adding a waiting and greeting space. The renovation will also focus on providing enhanced toilet facilities, adding an information centre, and doubling the space for bicycle lock-up points.

Ryder Architecture will provide the design related to station enhancement, while Miller Construction has been assigned the responsibility of carrying out the actual renovation. The normal functioning of the station will not be hindered during the construction work.

"Construction is expected to begin in May 2013 and will be completed by April 2014."

The Newcastle Station started operating in 1850, with Queen Victoria formally opening this place. It is recognised as a prominent station of the main line of East Coast. John Dobson provided the initial design of the station building.

In the UK, there are just six stations that are listed as Grade I, Newcastle being one of them. A listed building in the UK is one that is recognised as having historic or architectural significance. The buildings are classified as either Grade I or Grade II based on the importance attached to them.

The Newcastle Station is an important station in the UK railway network, with 56 East Coast trains departing every day. Services also include the prestigious Flying Scotsman Express, a non-stop train running between Newcastle and London, which takes just 160 minutes.

A number of other services including CrossCountry, First TransPenine Express, First ScotRail and Northern Rail operate through Newcastle Central station.

The railway robots that are keeping passengers safe

Next stop, hydrogen? The future of train fuels

The Baltimore and Potomac (B&P) Tunnel Project will replace the existing 147-year old, 2.25km-long rail tunnel located along the Northeast…