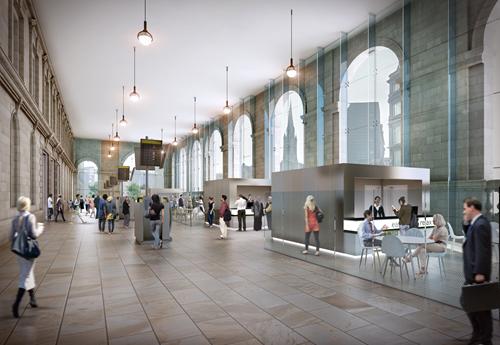 British train operator East Coast has unveiled plans to modernise Newcastle Central station to create a new gateway to the city of Newcastle upon Tyne and the wider North East region of England.

The £8.6m project is a partnership between East Coast and Network Rail, which owns the station building.

Funding for the project is being provided by the UK Department for Transport’s Station Commercial Project Facility Fund.

The project, which aims to improve the historic original Victorian station design, is part of wider regeneration efforts in Newcastle’s city centre.

East Coast stations and property director Tim Hedley-Jones said: "The improvements will accentuate the important heritage of the Grade One listed building, one of only six such stations in the UK, and act as a stunning new gateway to the city for visitors."

Miller Construction will be responsible for carrying out the construction work, while the design for the station upgrade is being provided by a team from Ryder Architecture.

"The £8.6m project is a partnership between East Coast and Network Rail, which owns the station building."

The improvement works are scheduled to start in May 2013 and are expected to be completed in April 2014.

Work will include pedestrianising the area currently used by taxis into a new waiting space in the front portico.

The portico will be transformed into a new retail space, doubling its current size, with arches surrounding the space to offer weather protection.

According to East Coast, the new retail space at Newcastle Central station will be similar to the one at London King’s Cross, while the portico space will also be equivalent to King’s Cross’ new single-span domed concourse.

Image: Upgrade works at Newcastle Central station will commence in May 2013 and are scheduled to be completed in April 2014. Credit: East Coast.

Unveiling the next generation of French high-speed trains