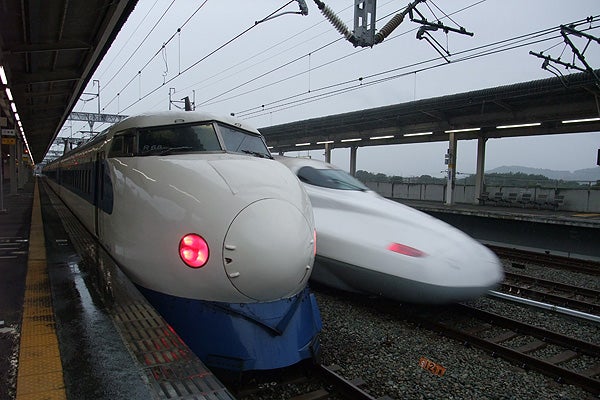 "The high-speed rail project is part of the 650km Pune-Mumbai-Ahmedabad line."

The high-speed rail (HSR) linking Ahmedabad, Gujarat, with Maharashtra’s capital Mumbai is being advanced as a fast-track pilot project.

The high-speed line is expected to spearhead the bullet train services in other parts of India. Estimated to cost Rs1.1tn ($17.15bn), the project is being implemented by Rail Vikas Nigam and National High Speed Rail Corporation (NHSRC).

The line will be built on an elevated corridor for most of its length (468km) along an existing route, barring a 27km section inside a tunnel (including a 7km section undersea) and 13km aboveground.

The project is expected to reduce the travel time between Mumbai and Ahmedabad to less than two hours compared to the current journey time of more than seven hours.

The Mumbai-Ahmedabad high-speed rail will begin from Mumbai’s Bandra Kurla Complex and end near Sabarmati railway station in Gujarat, covering 12 stations in total.

The stations covered by the project include Mumbai, Thane, Virar, Boisar, Vapi, Bilimora, Surat, Bharuch, Vadodara, Anand/Nadia, Ahmedabad and Sabarmati. Two rail depots will be built, one each near Thane and Sabarmati Rail Depot.

The General Counsel is responsible to provide design and bidding assistance for the public works and systems associated with the project. JICA also agreed to cover the expenses related to the same.

The pre-feasibility study for the Pune-Mumbai-Ahmedabad HSR project was completed in December 2010 by French consulting firm Systra, along with Rail India Technical and Economic Service (RITES) and Italy’s ITALFER. It had projected approximately 26.6 million passengers using the high-speed line in 2021 and 104 million passengers in 2041.

The Pune-Mumbai section was dropped from the pilot phase implementation plan due to cost constraints. The Mumbai-Ahmedabad HSR was prioritised for development based on intercity traffic projections and relatively higher per capita income in Gujarat and Maharashtra states.

An MoU was signed between the Ministry of Railways, Government of India and the French National Railway (SNCF) in February 2013, under which both the parties agreed to jointly carry out ‘operations and development’ feasibility of the Mumbai-Ahmedabad HSR project. SNCF agreed to fund the study with support from the French Ministry of Finance.

Overstretched rail and road networks have created an urgent need for a suitable high-capacity transport system within the Indian city of Mumbai, formerly known as Bombay.

During the Indian Prime Minister’s visit to Japan in May 2013, the prime ministers of both countries decided to co-finance a detailed joint feasibility study for the Mumbai-Ahmedabad HSR. The JICA was given the go-ahead for the study in September 2013.

The detailed study examined the possibility of operating trains with a top speed of 350km/h, as well as the funding pattern, alignment, patronage, possible halts and fare structure.

India boasts of one of the largest rail networks in the word with a total route length exceeding 64,000km and more than 7,000 railway stations. The country, however, does not have a high-speed rail line.

The need for introducing high-speed rail (bullet train services at speeds up to 300km/h or more) has been emphasised repeatedly in India.

The first proposal to launch high-speed line in India was mooted in the mid-1980s with the proposed high-speed link between Delhi and Kanpur via Agra. The project, however, did not take-off due to high cost implications.

"The high-speed line is expected to spearhead the bullet train services in other parts of India."

Indian Railways Vision 2020 document unveiled in 2009 aims at operating regular passenger trains with speeds between 160km/h and 200km/h on segregated routes. It also calls for implementing high-speed rail projects with bullet train services in four out of the six identified corridors and planning eight more such corridors.

Indian Railways formed HSRC in July 2012 to handle the high-speed projects from tendering through execution.