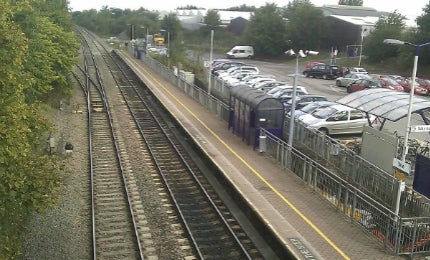 MetroWest is a proposed rail project to improve rail transport services in Bristol and its surrounding areas, known as the West of England.

It includes the construction of new rail lines, reopening of old lines, as well as the development of stations and train services for the West of England area.

The Birmingham New Street Station is an important hub and gateway to towns and cities across the UK.

The project was proposed in 2008 as a part of a comprehensive integrated transport strategy for the West of England region.

The project will be executed in two phases with an estimated investment of £100m ($152m). The implementation is subject to the development consent order (DCO) process.

MetroWest will enhance transport links to major employment centres in the region, while supporting economic growth and improving accessibility. It will also offer a more resilient transport system with reduced journey times, enhance capacity of the local rail network, and reduce environmental impact.

Phase one will include the reopening of the Portishead line, which is a branch line between Portishead and Bristol. Passenger services on the line were discontinued in 1964, although freight services are still offered.

Reopening the line would increase the UK’s passenger rail network by ten miles (16km) and connect an additional 35,000 people to the railway network.

Disused parts of the track between Portbury Junction and Portishead will be rebuilt and a new station will be constructed at Portishead. The former station at Pill will be reopened with new pedestrian access, platform improvements and car parking.

The project will also include track doubling at Pill and Ashton Gate, road access upgrades at Pill tunnel, improvements to Parson Street Junction and track works between the junction and Temple Meads. Signalling will be upgraded through the entire line between Portishead and Temple Meads and a new signal will be installed at Avonmouth.

Additional trains between Bath Spa and Bristol Temple Meads will require a turn-back at Bathampton Junction, which will be met through the construction of a small additional track and installation of a signal.

Improvements under phase one will increase the number of services for the Severn Beach line, Keynsham, Oldfield Park, Bedminster and/or Parson Street.

Phase two will include reopening the Henbury rail line, which is a loop line between Filton and Avonmouth. Passenger services on the line were halted in 1964, while freight traffic continues to be offered.

"MetroWest will enhance transport links to major employment centres in the region, while supporting economic growth and improving accessibility."

The board began detailed technical work to determine the feasibility of loop and spurs service options for the line and to find out the viability of accommodating freight trains.

The business case for reopening the line is based on the redevelopment of the Cribbs Patchway New Neighbourhood at Filton Airfield, where 5,700 homes are proposed along with 50ha of land for commercial use. The development will increase the number of passengers using the line.

A study is being carried out to check the feasibility of stations for the North Fringe area. Two station sites have been identified to date, including one at Filton North and the other at either the former Henbury station site or towards the east of it. Another study is looking at the possibility to add new stations at Ashley Down and Horfield.

The start-up of phase two will result in half-hourly passenger train services to Yate in South Gloucestershire and hourly services on the reopened line.

Detailed phase two technical work began in late-2013 and will continue until 2017, followed by land acquisition and public enquiry between 2017 and 2019. The final business case for the phase will be submitted for full approval in 2020.

Both phases will be funded by local councils and the Department for Transport’s devolved major scheme funding, which will be available from 2021.

Arup was awarded a contract by Network Rail to provide outline design for phase one in July 2015.