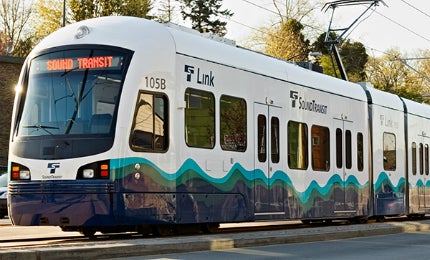 The project is undertaken as part of the regional light rail system that serves more than 50 miles (80.4km).

The East Link Extension will have a total of ten stations that will provide services to Seattle, Mercer Island, Bellevue, South Bellevue and Overlake in Redmond.

It will be operated by Sound Transit and is anticipated to witness approximately 50,000 riders by 2030. Project plans also include pedestrian, bus, bike and vehicle access with parking space for 700 bikes and more than 2,400 vehicles.

A memorandum of understanding (MOU) was reached between Sound Transit and the city of Bellevue in April 2015 that ensured the city’s financial aid to the project and also permitted to begin construction.

Construction is expected to start in 2016 with an aim for completion in 2023. The project cost is estimated to be $2.8bn.

"The project is undertaken as part of the regional light rail system that serves more than 50 miles."

The new line will run between Redmond and South Bellevue on the east shore and continue to Mercer Island and downtown Seattle through the I-90 (Interstate 90) floating bridge.

The final stop will be the International District/Chinatown station, where other connections will be available to the Central Link Light Rail line operating between downtown and Sea-Tac International Airport.

The project received a $14m grant from the US Department of Transportation (USDOT), $185m in cost sharing by the city of Bellevue, and local funding of $2.2bn.

Microsoft contributed $33m for a bike/pedestrian bridge to be constructed at the Overlake Transit Center Station, while the city of Redmond contributed $10m.

Judkins Park station will be located in the centre of I-90 and will have entrances on both Rainier Avenue South and 23rd Avenue South. It will link important employment centres and aid in the overall development of Seattle.

South Bellevue station will be constructed on the site of the South Bellevue park and ride located on the Bellevue Way SE. It will also include bus and paratransit facilities along with 1,500 parking stalls.

East Main station will be at street level and will be located south of the intersection of 112th Avenue SE and Main Street. Bellevue Downtown station, located at NE 6th St, will service Bellevue and will be situated close to the present transit centre.

Redmond Technology Center station will be built at the site of the existing Overlake Transit Center and will be an important travel hub.

H-J-H, a joint venture of HNTB, Jacobs and Hatch Mott MacDonald, was awarded a design contract worth $88m for providing services for seven miles (11.2km) of double-track light rail transit, eight stations, a cut-and-cover tunnel in downtown Bellevue, and long-span bridge crossings over Interstates 405 and 90 for the South Bellevue to Overlake Transit Center portion of the East Link extension.

Sound Transit appointed the joint venture of Stacy and Witbeck and Atkinson (SWI and Atkinson) as the general contractor/construction manager (GC/CM) for 12 separate projects of the East Link Extension.

Perkins+Will in collaboration with LMN architects was selected to design the ten stations.