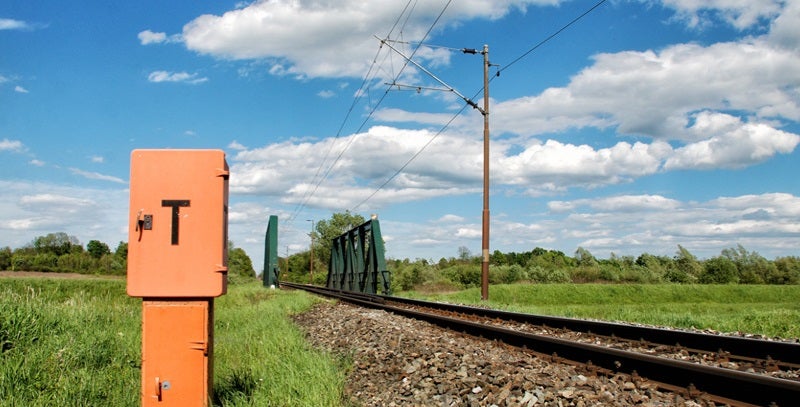 The modernisation of railway line between Dugo Selo to Krizevci, the biggest railway infrastructure project in Croatia, is expected to begin in May 2016.

The modernisation will help reduce the journey times from Dugo Selo to Križevci from the existing 30 minutes to 18 minutes. The project is expected to be completed by February 2020 and the line will continue to be operated by Croatian railway infrastructure manager HŽ Infrastruktura.

The rail line modernisation will include construction of a second track along the entire 38.2km-long section and upgrading the existing rail line. Six new bridges will be built and seven existing bridges will be reconstructed as part of the project.

"The modernisation will help reduce the journey times from Dugo Selo to Križevci from the existing 30 minutes to 18 minutes."

Two passenger crossings and 17 level crossings will be removed as part of the modernisation and 11 new overpasses, one underpass and six subways will be constructed. The infrastructure to be upgraded or modernised as part of the project includes electric traction fixed installations, telecommunication devices, signalling and interlocking, as well as the construction of 25km of service roads.

Existing stations at Dugo Selo, Vrbovec and Krizevci will be reconstructed, while Božjakovina and Repinec stops will be renewed and a new station will be built at Gradec.

Benefits of the rail line modernisation

The rail line modernisation is a part of a larger project for setting up a high-efficiency, double-track railway line for mixed transport along the entire Mediterranean corridor RH2, which will connect the Iberian Peninsula through the Port of Rijeka, Zagreb and Budapest with the Hungarian-Ukrainian border and TEN-T European network.

The proposed rail line will encourage passengers to shift from road to rail and will result in reducing road traffic emissions and accidents.

The rail line modernisation will increase in traffic volumes towards central European countries by connecting Rijeka and Zagreb to the Hungarian rail network.

The project will meet the requirements of corridor traffic and will also receive interoperable freight trains, as well as enable the increase of line capacity and the quality of life for people living next to railway lines. It will also attract investment in noise protection according to European standards.

Upon completion of the modernisation, the trains in the Dugo Selo to Krizevci section will operate at a speed of 160km/h, with 25 tonne an axle carrying capacity. Traffic safety on the line will also increase with the addition of overpasses, underpasses, subways and service roads.

A HRK1.25bn ($183.24m) contract for the construction of second track on the Dugo Selo-Krizevci railway line was awarded to a consortium consisting of DIV, Dalekovod and Zagreb Montaža in October 2015. The contractual scope also includes reconstruction of the existing line.

A consortium consisting of SGS Adriatica and Investinzenjering was contracted to supervise the rail line upgrade.

The Dugo Selo to Krizevci rail line modernisation is expected to be completed with an estimated investment of €200m ($222.11m). The project will be co-financed with funding provided by the European Union. An estimated 85% of the project cost will be met through the European Regional Development Fund.