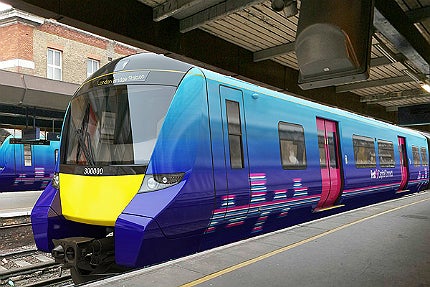 The lightweight and high-performance commuter electric multiple unit (EMU) features design advancements over the Desiro UK fleet of trains that are already operating on the British railway network.

The first Desiro City train began operations on the Thameslink route, in London, in June 2016. A total of 115 trains are scheduled for operation on the route by the end of 2018.

Siemens developed the new train platform in 2009 following a two-year research programme, with a €50m ($66.6m) cost implication.
Desiro City was selected as the preferred rolling stock for Thameslink in June 2011.

"The first Desiro City train sbegan operations on the Thameslink route, in London, in June 2016."

In partnership with the Cross London trains (XLT) consortium, Siemens was awarded a €1.8bn ($2.4bn) contract in June 2013 to supply 115 Desiro City trains with 1,140 carriages for the Thameslink Programme.

The new trains are being manufactured at the company’s facility in Krefeld, Germany.

Designed for the British market, the new trains are 25% lighter than the existing Desiro UK fleet. The car bodies are made of lightweight aluminium.

The Desiro City train is based on the Single Car Concept with the traction equipment integrated into one motor car. A Desiro City train set can be configured as a three to 12-car train with its motor cars used both as end and intermediate cars.

The train is designed for operation in dual mode (750V DC or 25kV AC) with a simple, automatic switch between AC and DC.

Other design features of the train include improved aerodynamics, optimum crashworthiness, an early fire detection system, and an intelligent ventilation system.

The trains are equipped with on-board units that ensure communication between the train and trackside equipment, complying with European Train Control System (ETCS) Level 2 standards.

"The new trains, designed for the British market, are 25% lighter than the existing Desiro UK fleet."

The gangways of the train are wide and open, creating additional standing space. The train features large windows to bring an airy feel to its interior.

The in and out passenger flow of the train is optimised with spacious passenger entrance areas and wide vestibules. Luggage stacks are placed at every vestibule.

Seats and tables of the train are cantilevered from the body side, which not only optimises passenger foot space but also creates easily cleanable and fully unobstructed floor space. All seats feature slim design and meet latest ergonomic requirements.

Desiro City is an environmentally friendly train with 95% of its constituting material being recyclable. The trains are painted with water-based paint and feature energy-efficient LED-lighting.

The Desiro City design is claimed to consume 50% less energy than its predecessor Desiro UK.

The most notable energy saving feature of the new train is the new air conditioning, ventilation and heating (AVH) unit mounted on the roof. Equipped with CO2 sensors, the AVH unit guides the flow of fresh air according to onboard passenger numbers in each car.

Desiro City trains are designed for a maximum operational speed of 160km/h (100mph).

The Desiro City trains are being operated on the 225km Thameslink route that runs through London to connect Bedford with Brighton.

Canary Wharf station in London will be one of the largest Crossrail stations when completed. The station is expected to serve 25 million passengers a year.

CEF
The CEF railway testing centre is a unique platform that...
SUBSCRIBED