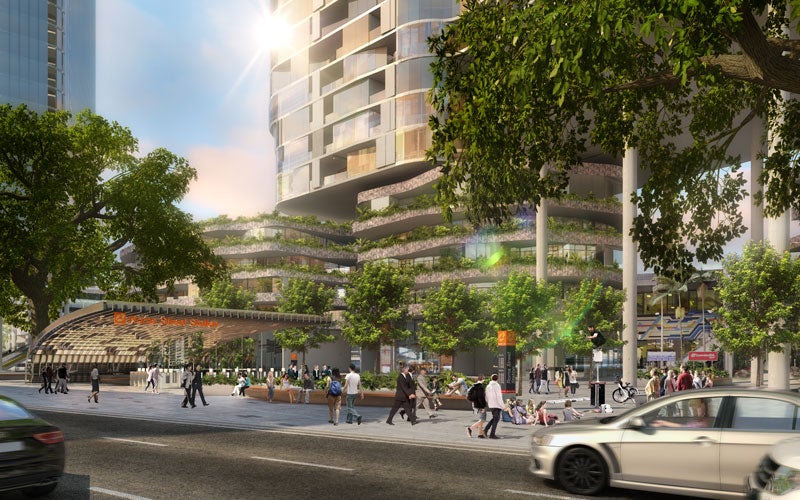 The line will provide a new north-south rail connection across the Brisbane River and relieve the congestion on the Brisbane city rail network.

The Queensland Government is considering it as a high-priority infrastructure project to address capacity constraints in the network and to make the state even more competitive on the global front.

The government announced its interest in the project in June 2016, and provided an in-principle commitment of $800m, following independent adviser Building Queensland’s declaration of the project as ready for state investment.

It also announced a special authority named Cross River Rail Delivery Authority to lead the development, procurement and delivery of the project.

The business case for the project was completed in June 2016, while the procurement is scheduled between mid-2016 and late-2017. Construction works are anticipated to commence during early 2018, and the project will take five years to complete.

The line is scheduled to commence operations in 2023.

Most of the new rail infrastructure projects in South East Queensland (SEQ) from the past 15 years have been concentrated on improving connections to the outer suburbs of Brisbane. Some of the major projects include Moreton Bay Rail Link, the Springfield line, and the extension of the Gold Coast line to Varsity Lakes.

No major rail infrastructure investment has been made in inner-city Brisbane or river crossings since 1996, which has resulted in a significant pressure on the congested inner-city network. In addition, the forecast population and employment growth for the SEQ region is anticipated to lead to increased private vehicle and public transport congestion. With just one rail connection across the Brisbane River, it is difficult to address future growth.

The Queensland Government decided to revitalise and transform the SEQ public transport network, starting with the construction of Cross River Rail, which is designed to provide superior inner-city capacity and connectivity to the north and south.

Since 2008, the government has been conducting a number of studies to assess the feasibility of a range of transport solutions, including trams, augmented busways, a metro system and heavy rail connections of different lengths. It initially proposed an 18km link for the Cross River Rail project from Bowen Hills to Salisbury, which provides connectivity only to the south and leaves the northern suburbs with minimal benefits, at a significant cost of more than $8bn.

It was later modified to ensure the new infrastructure will be at the heart of the rail network, connecting the northern and southern lines.

The Cross River Rail project will provide a new 10.2km rail connection, which will be a second inner city rail river crossing between Bowen Hills in the north to Dutton Park in the south.

It will also include twin 5.9km tunnels, which will begin at the southern portal north of Dutton Park station, and run under Brisbane River and Brisbane central business district (CBD), before exiting the northern portal south of the Exhibition station. The tunnels will feature European Train Control System Level 2 (ETCS L2).

The project will also see the construction of four new underground stations at Boggo Road, Woolloongabba, Albert Street and Roma Street, while two stations will be upgraded at Dutton Park and the Exhibition Showgrounds.

It will also include provision of a new track from the portal around the Exhibition Loop and through to Mayne Yard, and additional stabling at Mayne North Yard.

Other enabling works will include bi-directional signalling from Dutton Park to Salisbury stations and southern platform faces.

The Boggo Road station will serve the passengers in the south, students accessing the University of Queensland, and visitors to Princess Alexandra Hospital.

By providing multi-modal public transport connectivity, the Woolloongabba station will improve the accessibility to health and entertainment landmarks.

The new station at Albert Street will be centrally located, providing easy access to William Street, Queen Street Mall, the Botanic Gardens, Queensland University of Technology and the Queen’s Wharf Development. It will further ease the demand on the Central Station, which provides access to the same locations.

A new station at Roma Street, which is consistent with the Brisbane City Council’s City Centre Master Plan, will attract significant investment to the area.

"The line is scheduled to commence operations in 2023."

The existing Exhibition station will also be upgraded as part of the project.

AECOM provided operational and planning advice for the Cross River Rail project. Building Queensland was appointed to prepare the business case for the project in collaboration with the Department of Transport and Main Roads.

The estimated total investment for the project is $5.4bn, which will be procured through a public private partnership.

As part of its $40bn four-year infrastructure programme announced in the 2016-17 State Budget, the Palaszczuk Government has already announced $800m for the construction of the project.

It also announced a commitment of $50m to establish the authority, and $634m funding for procuring a European train control system.