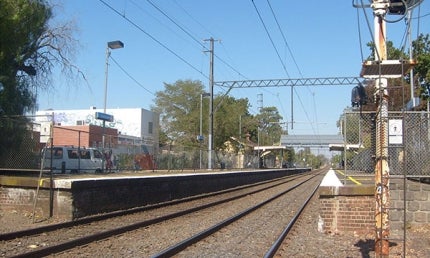 The proposed Cranbourne-Pakenham rail corridor project in Australia aims to improve the capacity and reliability on the existing south-east rail corridor connecting Melbourne city centre with the outer suburbs of Cranbourne and Pakenham.

"The rail upgrade project will increase the capacity on Cranbourne and Pakenham lines by 30%."

The existing rail corridor currently serves a population of over one million, which is forecast to increase by over 600,000 people by 2036 following the development of the Casey-Cardinia growth area in the south-east region of greater Melbourne. Casey-Cardinia is one of the five growth areas undergoing planned residential development in Melbourne.

The rail upgrade project, announced in March, is estimated to cost up to $2.5bn and will increase the capacity on Cranbourne and Pakenham lines by 30% with introduction of new high-capacity trains and modern signalling system, and rebuilding few stations along the corridor.

The Cranbourne-Pakenham rail corridor project will allow approximately two million additional passengers to use the services on the Cranbourne and Pakenham lines annually. A high-capacity signalling system will be installed to improve the reliability of train services along the corridor. New power substations will be built along the lines to support the high-capacity trains and signalling.

The Frankston railway line in Melbourne is undergoing a $100m upgrade, known as the Bayside Rail Project.

Three existing stations along the corridor – Murrumbeena, Carnegie and Clayton – will be redeveloped with modern amenities and a new train maintenance depot will be built at Pakenham East.

Benefits for freight movement in the region

Upgrades to the south-east corridor that provides linkage to the Port of Hastings in Australia will support the planned expansion of the port by improving the rail freight capacity along these lines.

The rail upgrade will also reduce the number of cars on the Monash Freeway resulting in lesser road traffic congestion and thereby relieving road-based freight movement.

Rolling stock on the Cranbourne-Pakenham corridor

The Cranbourne-Pakenham corridor will be operated with 25 new electric multiple units (EMUs). The new trains will have 20% more passenger capacity compared with the existing six-car train sets running currently.

The new trains, featuring wider doors and clear areas around the doors, will help minimise boarding and alighting times. The new trains will be longer and configured as single long vehicles unlike the current trains that are configured as three carriage sets hitched together.

Completion of the new corridor will increase the number of operating trains during peak period to 18 per hour, compared with the current 16, allowing 4,500 extra passengers to be carried every hour.

A high-capacity modern signalling system allowing safe operation of more trains at greater frequency will be installed as part of the project.

The signals currently located on the trackside will be moved to the driver’s cabin so that they can be read onboard, while the computers will control the acceleration and braking times of the train.

A special purpose vehicle (SPV) formed by the Metro Trains owner MTR, John Holland Construction and UGL Rail Services, will design, build, finance and maintain the infrastructure included in the project over a 15-year period starting from commissioning.