Length of the line 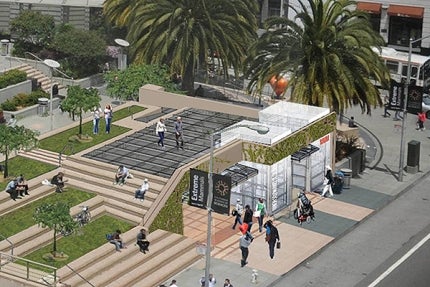 The Central Subway project involves the construction of a subway tunnel that includes four subway stations. The construction of the tunnel using two tunnel boring machines (TBMs) will commence in 2013 and the project is slated for completion in 2019.

The environmental review process for the project began in 2005, with environmental clearance received in November 2008. Relocation work commenced in 2010, while preparatory work for the construction of the tunnel commenced in 2012, and an agreement for allocating $942.2m under the New Starts fund of the Federal Transit Administration (FTA) was approved in October 2012.

The project will witness the extension of the T Third Line from the existing 4th Street Caltrain Station to Chinatown, providing a transit link from the Bayshore and Mission Bay area’s to SoMa, Union Square and downtown.

A surface level station will be located at 4th and Brannan streets while further underground stations will be located at 4th and Folsom streets, Stockton Street at Union Square, and at Stockton and Washington streets. They will be respectively named as 4th and Brannan Station, Yerba Buena or Moscone Station, Union Square or Market Street Station and Chinatown Station.

The tunnel will be constructed using the deep tunnelling method to reduce surface disruption while the construction of the stations will implement the sequential excavation method (SEM, also known as the New Austrian Tunnelling Method) at the China Town Station. The cut and cover method employing a top-down or bottom-up approach will be implemented at Union Square and Moscone Stations and for the tunnel portal.

Transbay Transit Center is a multimodal transportation centre under construction in San Francisco in the US. The project will replace the outdated Transbay Terminal and integrate 11 transit systems to operate in the city under one roof.

A waterproofing system will also be installed between the initial and final linings after the completion of excavation using the deep tunnelling method.

The two TBMs, Big Alma and Mom Chung, will respectively construct the southbound and northbound tunnels. The machines measure 6.3m in diameter and will excavate both soft and hard rocks at a depth of 140m.

Federal funds will finance about half of the project while the remaining cost will be met through state and local funding sources. The bodies involved in funding the project are Federal Transit Administration (FTA), the State of California, the Metropolitan Transportation Commission, the San Francisco County Transportation Authority, and the City and County of San Francisco.

The programme and construction management services for the project are being provided by a joint venture of Aecom and EPC Consultants, under a contract worth $147m.

The contract for the construction of the stations, valued at $840m, has been awarded to Tutor Perini, while the tunnelling activities will be carried out by Barnard Impregilo Healy joint venture (JV) under a contract worth $233m. The design of the stations was provided by the JV comprising of Parsons Brinckerhoff, Michael Willis Architects, and Kwan Henmi Architects.

The utilities relocation and tunnel design activities are being performed by Parsons Brinckerhoff and Telamon JV, while the utility relocation works for the Union Square/Market Street Station are being carried out by Synergy Project Management.

The system integration works for the project are being provided by HNTB and B&C Transit JV.

The SCADA and communication system design services for the project are being rendered by Auriga. The two TBMs were manufactured and supplied by Robbins.