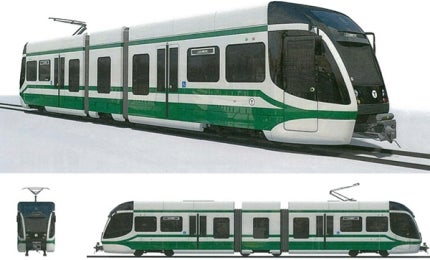 The Boston Green Line Extension (GLX) project primarily involves the extension of the Green Line, the oldest light rail transit (LRT) in the US, by a further 4.7 miles (7.56km). The extension will stretch from a relocated Lechmere Station in East Cambridge to Union Square in Somerville and College Avenue in Medford.

Massachusetts Bay Transport Authority (MBTA) is implementing the project in collaboration with Massachusetts Department of Transportation (MassDOT). Planning activities for the project started in 2005 and the construction is being carried out in four phases. Phase I started in early 2013 and is slated for completion in March 2015, while the overall project is expected to be completed by 2020.

"Phase I started in early 2013 and is slated for completion in March 2015, while the overall project is expected to be completed by 2020."

This MBTA project will enable trains to operate every 5min to 6min during peak times and reduce transit travel time within the corridor by approximately 13min to 17min, besides providing many environmental benefits and new jobs.

The project cost is estimated to be $1.428bn, of which $1bn is being provided by the federal government. Phase I of the project is being fully financed by the Commonwealth of Massachusetts.

Phase 2 / 2A will extend the LRT line from Lechmere Station to Washington Street and Union Square Stations. It is expected to be implemented from mid-2017 to late 2017. Phase 3 will involve the construction of the VMSF at the site of the existing Boston Engine Terminal (BET). Phase 4 will extend the LRT line from Washington Street Station to College Avenue Station. Construction for the final phase is expected to start in 2015 and conclude in early 2020.

Associated project activities include the overall widening and reconstruction of ten bridges, construction of 1.2 miles (1.93km) of viaducts and bridges, a guideway, and 25,000ft of retaining and noise retention walls.

Rolling stock for the GLX

The rolling stock for the GLX will comprise 24 Type 9 light rail vehicles to be supplied by CAF USA from late 2017 to late 2018. Up to 70% of a typical Type 9 car will be low-floor, featuring four wheelchair / stroller locations and perch seats in the centre section.

The cars will be fitted with dynamic computer-controlled lighting, heating and cooling technologies, as well as improved signage and displays. Crash energy management (CEM) features and internal and external video recording system will also be featured onboard.

The general contractor for the project is the joint venture of J F White Contracting, Skanska USA Civil north-east, and Kiewit Infrastructure (WSK). GAI Consultants is acting as the subconsultant to WSK. The construction contract for Phase I has been awarded to Barletta Heavy Division in December 2012.

The project management contract including the preliminary engineering and design services for Phase I was awarded to Gilbane Building Company / HDR Engineering joint venture (JV) in February 2011, whereas the final design engineering service contract for the project was awarded to AECOM Technical Services and HNTB Corporation JV in September 2012.

The cost estimation services for the project were provided by Stanton Constructability Services.