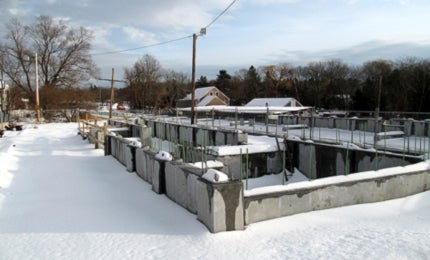 The Massachusetts Bay Transportation Authority (MBTA) extended the Fitchburg commuter rail line, a 50-mile (80.5km) corridor from Boston to Leominster, Massachusetts, US. The project is funded by the US Federal Government’s Small Starts programme.

The scoping package for the project was filed with the US Federal Transit Administration (FTA) in April 2007. Construction commenced in January 2012 and was completed in September 2016. The line was opened to public in 2016.

"Developed by MBTA, in association with the Montachusett Regional Transit Authority, the project involved an investment of approximately $200m."

Developed by MBTA, in association with the Montachusett Regional Transit Authority, the project involved an investment of approximately $200m.

The present Fitchburg commuter rail line had the oldest infrastructure in the MBTA commuter rail system and included 18 stations. A total of 35 revenue service trains were running through the Fitchburg line each day, serving 13 communities between Fitchburg and Boston.

The improvement project involved the construction of new stations at South Acton and Littleton, the extension of double track from South Acton to Ayer and improvements to seven bridges along the line. It also included an additional project known as the Wachusett extension, which extended the Fitchburg line services by 4.5 miles to a new station at Wachusett in West Fitchburg.

South Acton station was added with a new track on the south side of the existing single mainline track. New, full-trail length platforms were added to the new station, allowing level platform-to-coach boarding.

The 10.5 mile Interstate-225 Rail Line is a new light rail transport project being developed in Denver.

A new layover facility at Westminster was also built to replace the existing Fitchburg Line Layover Facility. It comprises six train storage tracks along with an electrical substation and maintenance building, to facilitate the overnight storage of commuter rail trains.

The signal system and tracks were upgraded to increase the maximum train speed from 60mph to 80mph. The works involved the installation of new signal system from Weston to Acton, and from Boston to Acton by August.

The $159m improvement project received $75m in funding from the US Department of Transportation (DoT) in October 2011. The Wachusett extension project was supported by the transportation investment generating economic recovery (TIGER) programme.

McMahon Associates conducted the service expansion study and the improvement implementation plan study for the project.

White Contracting received a contract from MBTA to perform improvements to the existing tracks and signal systems.