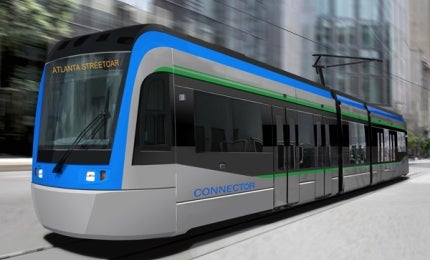 The first phase of the Atlanta Streetcar project stretching between Centennial Olympic Park and the Martin Luther King Jr Historical Site in downtown Atlanta, Georgia, US, was officially opened in December 2014. With this project, an electric streetcar service is reintroduced in Atlanta, after the city’s streetcar tracks were replaced for trackless trolley and bus services in mid-20th century.

The project was implemented through a public-private partnership between the City of Atlanta (COA), the Atlanta Downtown Improvement District (ADID) and the Metropolitan Atlanta Rapid Transit Authority (MARTA). Construction on the 2.7-mile (4.34km) east-west route of the planned streetcar transit network began in 2013.

The DC Streetcar is a new railway network under construction to connect the eight wards of Washington DC.

The first phase of the streetcar project offers better access to the city centre by providing connection to MARTA’s rail and Express Bus services in downtown Atlanta. The addition of new routes in next phases of the project will provide connectivity to other transit services, as well as future intercity and regional rail services, while expanding services to other popular destinations around the city.

The line is operated with electric streetcar vehicles on an overhead power system. The average frequency of streetcars on the line is 15min. The line serves approximately 2,600 passengers a weekday.

The first phase entered its testing phase in August 2014 and testing for radio communications, streetcar control centre communications, track switch interface, and signal and sign visibility was performed in October 2014.

The line is initially operated with four S70 streetcar vehicles from Siemens. The six-axle light rail vehicle has four wide-opening sliding plug doors on each side and can carry up to 195 passengers, while allowing space for bikes and wheelchairs.

The vehicles are double-articulated and bidirectional, and have a maximum speed limit of 56km/h.

The streetcar system runs on track embedded in the street and is powered by overhead catenary system for power supply.

Each stop on the streetcar line is 14in above the roadway and complies with Americans with Disabilities Act (ADA) accessibility design standards. All stops feature basic amenities such as shade, bench, fare collector equipment, lighting and signage.

"The project was implemented through a public-private partnership between the City of Atlanta, the Atlanta Downtown Improvement District and the Metropolitan Atlanta Rapid Transit Authority."

The vehicle maintenance facility (VMF) for the streetcar line is built below the Interstate 75/85 ‘Downtown Connector’ between Edgewood and Auburn Avenues.

Siemens was awarded a contract by MARTA in 2011 to supply four S70 streetcars worth $17m for the Atlanta Streetcar project.URS Energy and Construction was awarded a $52.2m contract to design and build the first phase of the project in March 2012. However, the contract value was revised to $59m in May 2013.