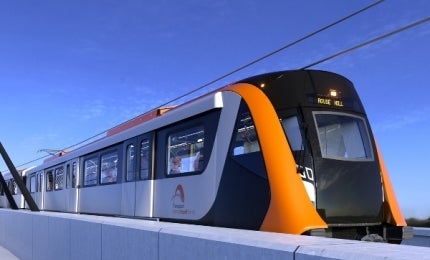 The trains are designed with small, medium and wide bodies and are offered in two to six car train-set configurations, depending upon the client’s requirements. The train can be fitted with fully automatic driverless system for unattended train operation (UTO) functionality.

More than 4,000 Metropolis cars are in service with more than 50 operators worldwide.

The Metropolis trains are designed to run at a top speed of up to 90km/h and are equipped for driverless automatic transport. The trains have a width ranging from 2.30m to 3.2m and a length between 13m and 25m. The car body is made of aluminium or stainless steel and is attached with either steel or rubber tire wheels depending upon the customer’s requirement.

"The Metropolis trains are designed to run at a top speed of up to 90km/h and are equipped for driverless automatic transport."

The train is offered to customers as a complete turnkey system, including the train set and the entire signalling, track works and services.

The trains are designed with a standard trainborne Ethernet backbone, which provides a strong broadband communication network for security and other subsystems, including optional public address and passenger information equipment.

The TrainTracer online tool monitors the main components of the train and the real-time information of each train condition will be delivered to the depot and operational control centre (OCC).

Brazilian rail operator SuperVia received the last of ten Metropolis trains from Alstom in October 2014, under a contract signed in 2012. The new trains will operate on the lines linking Rio de Janeiro with the metropolitan region.

Australia’s first fully-automated rail network the North West Rail Link will be served by 22 six-car fully-automated train sets. Awarded in September 2014, the contract also includes the communications-based train control (CBTC) signalling system for the rail link, which is expected to open in 2019.

The Capital Metro Stage 1 Project in Canberra, Australia, is a planned light rail service from Gungahlin to the city centre.

Alstom delivered two Metropolis sets, the first ever manufactured in India at Sri City, Andhra Pradesh, for the Chennai Metro system in July 2014. The delivery is a part of an order worth approximately $307m (€243m) for 42 train sets to be delivered by 2015.

The Land Transport Authority of Singapore awarded a $303m contract in March 2012 for the supply of Metropolis trains for the Circle Line (CCL) and North East Line (NEL). The order includes 18 trains for NEL and 16 for CCL, as well as signalling upgrades for both the lines. Deliveries are expected to conclude in 2015.