Porr subsidiary STUMP Spezialtiefbau has completed the tunnel shell for the extension of the rail tunnel at Munich Airport in Germany.

The official ground-breaking ceremony for the extension took place three years ago.

This tunnel, which ends at the Terminal 2 satellite building, will offer a link for rail traffic between Freising and Erding spanning through the airport.

The eastward extension of the tunnel will enable trains and S-Bahn light rail services to move through the airport. 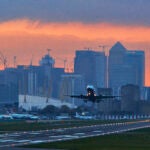 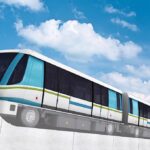 With a length of 1.8km, the new section of track includes the 1,500m tunnel extension, along with a ramp structure stretching around 300m, which will take trains back to the surface.

According to the airport, the excavation area covered nearly 61,000m².

Nearly 16,000 metric tonnes of reinforcing steel were also utilised for the tunnel’s construction.

Deutsche Bahn subsidiary DB Netz AG will install all the equipment at the tunnel shell that will be required for operations of rail services.

The company will also construct the upcoming section of the route, which will be roughly 2km-long and operate through the Schwaigerloh stop to the new sidings and turnaround region.

This new segment of track is anticipated to become operational from the end of 2025.

Bavarian Finance Minister and Munich Airport Supervisory Board chairman Albert Füracker said: “This rail tunnel is a real investment in the future, and one that Munich Airport is using to promote intermodal transportation using Munich as a hub.

“The rail tunnel extension is essential to enable the direct rail link from Freising to Erding via the airport. Thanks to the rapid implementation by Munich Airport, this important section of the Erding loop is now complete.”