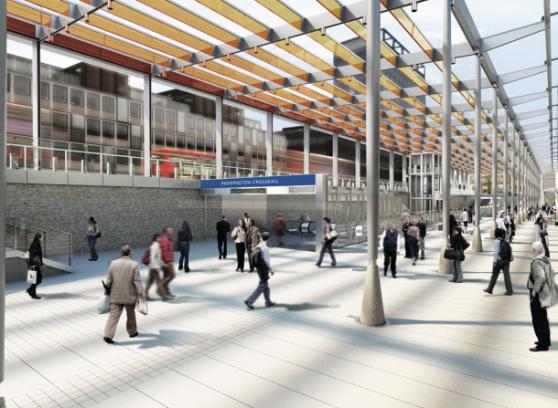 Construction of the new Crossrail station at Paddington in London, in the UK, will enter next phase of development in February with excavation commencing for the station box.

The new Paddington Crossrail station will be built under Eastbourne Terrace and Departures Road and will be a key interchange with the existing Network Rail services at the main Paddington station and with the London Underground.

The main construction of Paddington Crossrail station is being undertaken by the Costain Skanska joint venture under a £150m contract, below Crossrail’s own £250m cost estimate for the project.

Paddington Waterside Partnership Chief Executive Kay Buxton said the new Crossrail station at Paddington will deliver improved and direct transport connections with areas to the west and east of the capital, as well as with London’s other major employment centres.

To enable excavation of the 260m long station box, Westminster City Council will completely close Eastbourne Terrace from 12 February 2012 to early 2014, which will cut the time taken to construct the station by two years.

Once the box structure and excavation is complete, the new station will be fitted out with platforms, escalators, lifts and other equipment. The new Paddington Crossrail station will be a 260m long, 25m wide and 23m high underground box located under Eastbourne Terrace and Departures Road.

Crossrail noted times from Paddington will be nine minutes to Liverpool Street, 16 minutes to Canary Wharf and 27 minutes to Abbey Wood once the station works are complete.

The project is the first station contract to be awarded as part of the £14.8bn Crossrail programme to create a new railway link between Maidenhead and the west of London, as well as also to Abbey Wood and Shenfield to the East.

Upon completion in 2018, Crossrail will reduce journey times from Paddington to the West End, the City and Docklands. The Crossrail project will increase London’s rail-based capacity by 10%, delivering faster journey times and about 24 trains an hour between Paddington and Whitechapel during peak times. The Crossrail route will pass through 37 stations and run 118km from Maidenhead and Heathrow in the west, through new twin-bore 21km tunnels, to Shenfield and Abbey Wood in the east.