Cross-channel rail operator Eurostar has announced that it will be offering free tickets to Ukrainian nationals travelling to London with a valid UK visa.

In a statement, the operator said: “To help Ukrainian nationals travelling to the UK, we can offer a free Eurostar ticket from any Eurostar station to London St. Pancras International.”

Passengers with a valid visa to enter the UK and a Ukrainian passport can receive the free ticket by speaking to any Eurostar team member at Paris Nord, Brussels-Midi, Lille Europe, or Amsterdam Central.

“It is important to arrive with the necessary visa documents, as these will be checked by the UK Border Force during the check-in process. The UK government is regularly reviewing the criteria for Ukrainian refugees to enter the UK, so we would strongly recommend contacting the British Embassy or checking the UK government website for the latest information,” the statement added.

The decision follows news yesterday that the UK could take in more than 200,000 Ukrainian refugees after the government relaxed visa rules to help those fleeing the war. 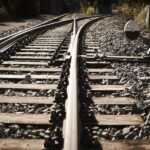 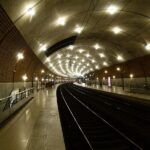 The scheme allowing close relatives of Ukrainians settled in the UK will be widened to include adult parents, grandparents, children over 18 and siblings and UK companies will also be able to sponsor a Ukrainian entering the country.

The extension of the visa scheme follows criticism that the UK is doing less than EU countries.

Passengers with a Ukrainian passport or ID card are able to travel for free on services in Poland, Germany, Austria, Slovakia, Hungary, Denmark, and the Czech Republic. Operators in Finland and the Netherlands have also offered their support in helping refugees.