Analysis of the poll responses recorded in November shows that optimism regarding future growth prospects increased by two percentage points to 63% from 61% in October.

The respondents who were pessimistic decreased by one percentage point to 7%, whereas those who were very pessimistic remained unchanged at 15% from October.

The percentage of respondents who were neutral (neither optimistic nor pessimistic) decreased by one percentage point to 15%. 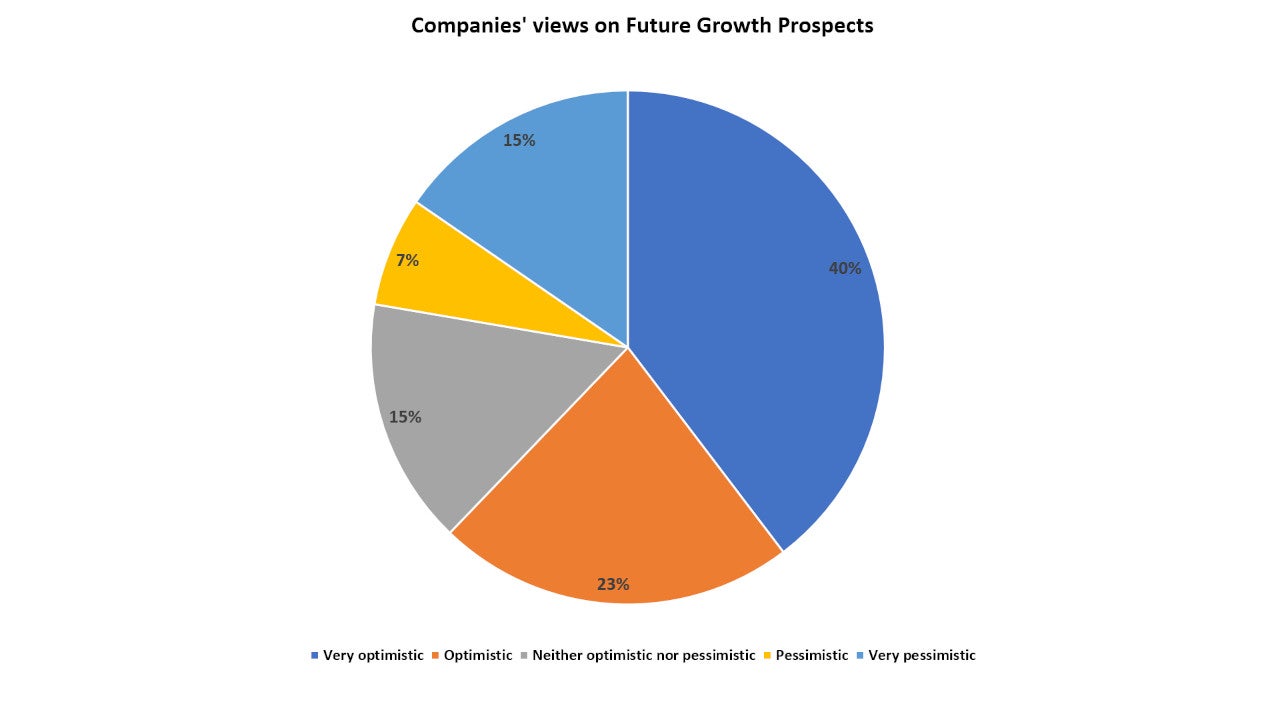 The analysis is based on 928 responses received from the readers of Verdict network sites between 01 November and 30 November 2021.

The Lloyds Bank Business Barometer reported an increase in business optimism in the Wales, the South East and East of England regions of the UK, although the remaining regions reported a decline in optimism. The overall business optimism declined but remained above the long-term average of 28% following the declaration of vaccine progression.

The easing of restrictions across England and an approaching festive season contributed to the increase in business optimism in the retail sector raising expectations for similar improvements in other sectors. Post-furlough hiring plans cooled but remained strong, with nearly 48% of organisations planning to increase their staff over the next year. Pay growth expectations also improved in November with a quarter of organisations planning 3% or more increase in average wages.

Furthermore, the Business Impacts of Coronavirus Survey conducted by the UK Office for National Statistics (ONS) for the first two weeks of November found 84.8% of the respondents to have higher or moderate confidence of their business survival over the next three months.