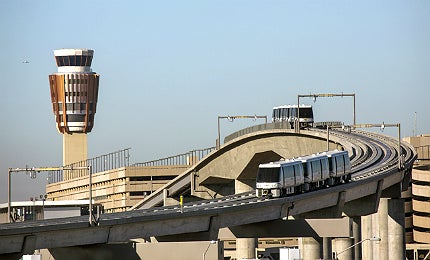 The Japan International Cooperation Agency (JICA) is investing heavily in the development of India’s rail infrastructure, in the form of a $2.1bn loan to help finance three projects.

Two of the programmes are related to rail – $1.4bn will go towards a dedicated freight corridor between Delhi and Mumbai, while $517m is being allocated for the completion of the Chennai Metro project.

The freight corridor project involves the construction of a 550km rail line between Dadri and Rewari, installation of fully automated signals and a communication system, while equipment and locomotives will be introduced to support high-capacity, rapid transportation of freight.

The Chennai Metro project, meanwhile, is being carried out by Chennai Metro Rail. The loan has been provided at a concessional interest rate of 1.40%, which is to be repaid in 30 years with a ten-year grace period.

Morocco is in the midst of developing its first high-speed rail line, and indeed the first high-speed line in Africa, which will eventually stretch 350km from Tangier to Casablanca, cutting journey times from nearly six hours to just in excess of two. In April, Morocco’s national railway operator ONCF awarded a contract to Colas Rail and its subsidiary Colas Rail Maroc, to build the first phase of the line, between Tangier and Kenitra.

Work on the 185km double-track line will incorporate track studies, the supply of materials and construction of catenary systems and two worksite facilities. A fleet of 14 double-deck Alstom Duplex trains were ordered for the project by ONCF under a €400m deal signed with Alstom in 2010.

The $1.58bn Sky Train system at Phoenix Sky Harbor International Airport in Arizona, US, has opened to the public. The airport rail link connects passengers between the airport’s Terminal 4, its East Economy parking area and the Metro light rail station at 44th Street and Washington in Phoenix.

The 2.7km double-track elevated guideway crosses an active taxiway at a height of 30m, with enough clearance for a Boeing 747 aircraft to pass underneath.

The Sky Train is scheduled to begin services at Terminal 3 with a walkway to Terminal 2 in early 2015. There are also plans to further extend the service to the airport’s rental car centre.

While Morocco begins its first high-speed line, the UAE is hard at work on a massive rail project of its own – the 1,200km, $11bn passenger and freight rail network being developed by Etihad Rail.

April marked a milestone for the project, as the first two of seven locomotives from the US-based Electro-Motive Diesel (EMD) were delivered.

Designed to operate in the climatic conditions of the region, the new SD70ACS locomotives will be moved to Etihad Rail’s site at Mirfa in Abu Dhabi’s Western Region, ahead of the launch of the first phase of the rail network later in 2013. The heavy freight locomotives will be used to transport granulated sulphur on the 264km first phase of the line, linking Shah and Habshan to the port of Ruwais.

Initial work, which is starting after six months of preparations, will begin with earthwork construction in Monktonhall, just south of Edinburgh, as well as the excavation of the new Shawfair station.

Scheduled to commence service in 2015, the Borders Railway will reopen a rail link from Edinburgh through Midlothian to Tweedbank for the first time in more than 40 years. The overall construction project will include the construction of a 49km railway line and seven new stations, in addition to the three existing stations between Edinburgh and Tweedbank. The seven new stations will be built at Shawfair, Eskbank, Newtongrange, Gorebridge, Stow, Galashiels and Tweedbank.

Following Network Rail’s recent announcement of its £37.5bn investment plan for the UK rail network up to 2019, the rail infrastructure operator has turned its attention to the future of rail transport in London and the south-east of England. Network Rail’s London and south-east market study, which is now open for consultation, is intended to draw up a new map for the future of rail infrastructure in the region.

The final version of the study is designed to help understand the future of the region’s rail travel network for the 2019 – 2024 period and beyond. The study focuses on the area surrounding the UK’s capital, where travel is dominated by commuter services into central London. Passenger numbers are anticipated to rise by 27% by 2031, with the biggest growth likely to be experienced on routes benefiting from capacity improvements in the next five years.

The California High-Speed Rail Authority (CHSRA), which is responsible for the development of a new high-speed rail line that could eventually stretch from San Francisco to Los Angeles, is looking to tap into renewable energy sources to power its new project.

CHSRA has released a call to industry to solicit information and advice about purchasing renewable power sources.

The authority plans to generate sufficient renewable power to operate trains and facilities through a net-zero approach, thereby avoiding the need to procure energy from the state’s power grid. All requests in response to the call to industry from individuals or organisations should be submitted by 31 May 2013.