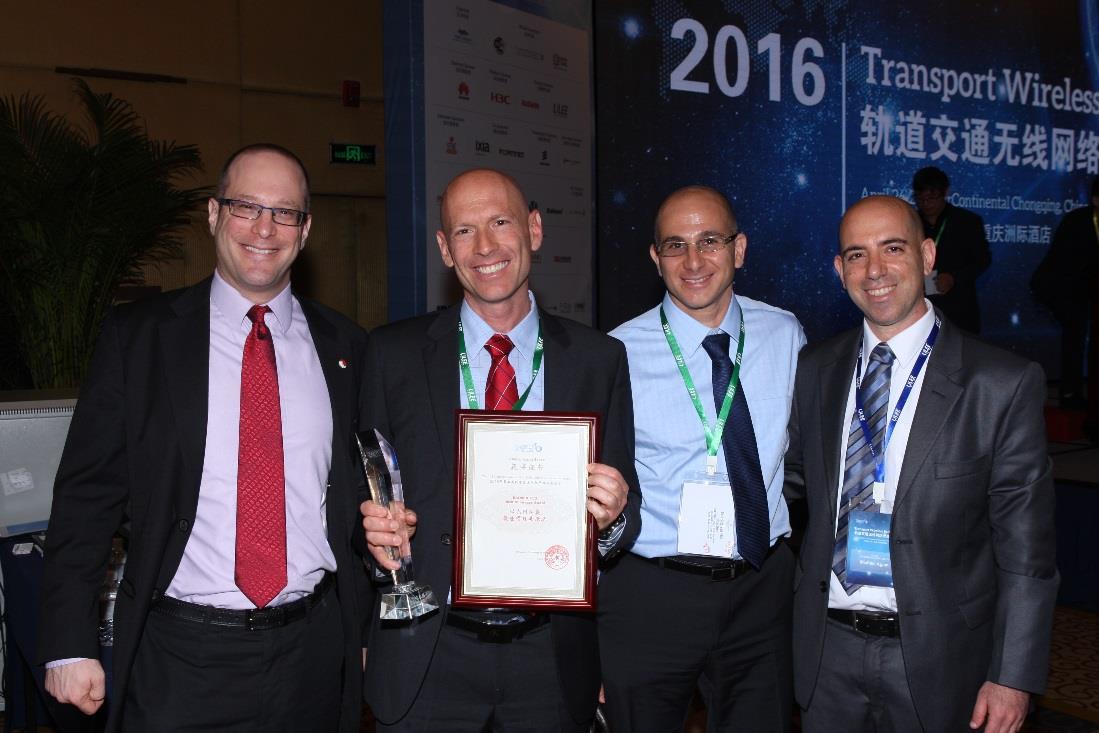 RADWIN today announced that the RADWIN FiberinMotion® Train-to-Ground solution won the ‘Best Showcase Award’ at the Transport Wireless rail show held in April in China. RADWIN was awarded the prize for showcasing how its train-to-ground solution is used by Moscow Metro to deliver onboard Wi-Fi connectivity to millions of passengers.

Nir Hayzler, VP marketing at RADWIN, said: "We are honoured to have won the Best Showcase Award for our role in the Moscow Metro Wi-Fi onboard trains project. Our FiberinMotion train-to-ground solution was chosen and implemented in 2014 by Moscow Metro, one of the largest rail systems in the world, and to-date the solution is supporting upwards to 50 TB of downloads daily and providing speeds of up to 90Mbps net throughput per train. This is the world’s largest Wi-Fi-onboard-trains project and we are honoured to have been singled out for this prestigious award."

Daniel Kwok, president of Transport Wireless Rail, said: "After a careful review we were pleased to grant the award to RADWIN for demonstrating its innovative solution and the key role that it plays in providing Wi-Fi to millions of passengers aboard the Moscow Metro, across 750 trains and 600km of track."