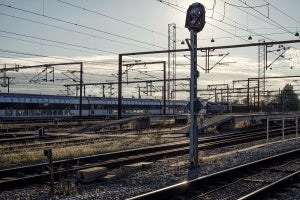 Across most of Europe, railway signals are to be replaced to optimise and harmonise railway operations. With the acquisition of Danish Apsilon, COWI strengthens its competencies in railway modernisation, especially in terms of ERTMS; a system that ensures signal interoperability.

In recent years, the consulting company COWI has expanded its railway activities substantially and expects great demand in the Scandinavian and European markets, not least for the European train control and communications system, ERTMS, which will be vital for the future railway operations in Europe.

COWI Denmark’s senior vice-president of railways, roads and airports, Michael Bindseil said: "With the acquisition of Apsilon, which is among the leading Danish railway consultants with core competencies in signalling systems including ERTMS, COWI will gain an even stronger position in the field of railways where we’ve already got a strong hold on the Danish and international markets."

Signalling systems is the backbone of day-to-day railway operation, and in the next couple of years, they will be replaced to optimise train services.

Denmark and Norway are among the very first countries which introduce ERTMS not merely on sub-sections, but throughout the two countries. In the future, this will mean far more efficient utilisation of the Danish and Norwegian rail network and the rail network across European borders. Such common systems will result in substantially fewer delays and wasted time.