The railway network in South-East Asia is improving in terms of regional connectivity, with a number of projects being planned or developed that will connect existing routes under a Pan Asia railway network, writes GlobalData.

New projects being planned, and heavily supported by China’s government, will ensure connections for the major cities in the South-East Asia mainland (thus excluding Indonesia and Philippines), stretching from Kunming in China to Bangkok, Kuala Lumpur and Singapore, with a central line through Vientiane in Laos to Bangkok, an eastern line through Hanoi and Ho Chi Minh City in Vietnam and Phnom Penh in Cambodia, and a western line through Yangon in Myanmar. The Philippines and Indonesia also plan extensive rail projects to connect key cities on their respective major islands.

In total, GlobalData is tracking railway projects in South-East Asia with a total value of US$321.0 billion, of which US$149.5 billion is in the early stages of development (announced, study and planning). The projects will deliver over 16,200km of new or improved tracks. Of the total pipeline, high-speed railways projects account for US$94.3 billion.

Thailand has the highest value project pipeline, totalling US$74.5 billion. This includes the US$15.0 billion high-speed link between Bangkok and the Chiang Mai, which is still at the early stages of planning. Greater progress is being made on the high-speed railway linking Bangkok to Nong Kai in Laos.

Comment
Is Qatar ready for kick-off? Future Rail 99 out now! 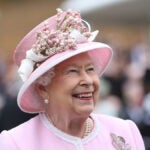 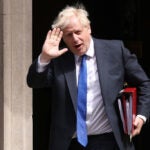 The first part of this is the US$5.4 billion 252km link between Bangkok and Nakhon Ratchasima, the construction of which started in 2017. The second phase, stretching 355km from Nakhon Ratchasima and Nong Khai (on the Laos border) is still in the early stages of design. The whole line from Bangkok to Nong Khai will connect with a China-funded 409km route from Vientiane in Laos to Kunming in China.

Construction of this Laos-China line commenced in 2016, and is expected to be complete in 2022. Thailand is also pushing ahead with a US$6.8 billion high-speed link from Bangkok to the Eastern Economic Corridor, connecting with airports, ports and manufacturing centres along a 220km route to Rayong, Chachoengsao and Chon Buri. In May 2019, it was announced that a consortium led by the largest conglomerate in Thailand, Charoen Pokphand, had won the bidding to build the high-speed railway.

Another major high-speed railway planned in the region is the North-South high-speed railway in Vietnam. The whole project is estimated to require an investment of US$58.7 billion to complete the 1,549km, from Hanoi in the north to Ho Chi Minh City in the south. Some progress has been made in terms of the study for the first phase, which comprises a 295km line from Hanoi to Vinh (with a cost of US$10.2 billion) and a 362km line from Ho Chi Minh City to Nha Trang (with a cost of US$9.9 billion). However, there are doubts as to whether the government will still proceed with the project, with an announcement in April 2019 suggesting that there could be delays as the government strives for a general consensus on the project, given the scale and cost involved.

The pipeline does not include a major high-speed rail project that was put on hold by Malaysia’s government, owing to its concerns over the high costs involved. In September 2018, the governments of Malaysia and Singapore agreed to put construction of the proposed US$15 billion Kuala Lumpur to Singapore High Speed Rail Line on hold until May 2020. Prior to this, in July 2018, the Malaysian government had put on hold the construction of the East Coast Rail Link, which was 15% complete. Mahathir Mohamad, a former long-serving prime minister, again took the reins of the government in Malaysia in 2018, and quickly followed through on his pledge to review all Chinese-backed projects, citing concerns over affordability and mismanagement. In April 2019, Malaysia and China signed a revised agreement to resume construction of the suspended East Coast Rail Link, with the new agreement reducing the scope and cost of the original project. The new investment required to construct the railway is MYR44.0 billion (US$10.7 billion) – nearly two-thirds of the original cost.