"Today represents a major milestone in Alstom’s history. We managed to secure a win-win deal with General Electric," said Alstom chairman and CEO Patrick Kron, when announcing in November 2015 that the agreement to incorporate GE Signalling into his company’s brand was complete.

This milestone will see the group "entirely refocused on rail transport" and, it is hoped, reinforce its position in the transport industry.

Gary Peters spoke to Pascal Clere, Alstom’s senior vice president for transport signalling information solutions, to find out more about the new Alstom, and why it represents a step-change in its quest to open up the North American rail market. 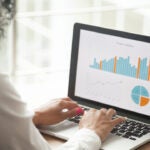 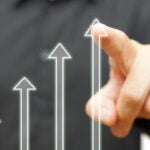 Gary Peters: First of all, can you talk me through the reasons for the acquisition of GE Signalling?

Pascal Clere: This is two-fold. First of all, in 2011 we decided upon a new strategy for signalling for Alstom, to grow our market share and become the leader worldwide.

We completed three main acquisitions; one in France of a company called Areva TA, in order to strengthen our offer in signalling and put us in a stronger position in the market for transport networks in the Paris and Ile-de France areas, as well as for trams.

Second, in the UK, [we agreed a deal] with Balfour Beatty to obtain its 50% stake in Signalling Solutions Ltd (SSL), giving it sole ownership.

And, due to the fact that in the UK the technology will change as previously it was more traditional signalling, and tomorrow it will be the rail traffic management system, we decided to take the full ownership of SSL.

The agreement with Balfour Beatty was concluded in May [2015], and the third acquisition is GE Signalling [in November 2015]. So, this is part of our objective to be a leader worldwide in the signalling segment.

GP: Can you explain this new strategy in more detail?

PC: We decided in the frame of the new strategy to strengthen our position in the US.

In the US there are two different markets. First is transit, or passenger, many in what we call the Northeast corridor of the US, where we have to deliver turnkey signalling systems for transit. This is not exactly a niche market, but it is smaller than the freight market. If you want to tackle the big market in the US, you have to go to freight.

What we wanted to do was make an acquisition to enter the freight market. We spoke to different companies, but we were lucky enough to have the opportunity to acquire GE Signalling. This strengthens our position worldwide but also in North America, so being able to serve freight and passenger markets.

GP: You mention the market in North America. How important is this market to the company, and how will you take advantage of the increased exposure?

PC: The PTC market still needs to be addressed to a large extent, but thanks to the acquisition of GE Signalling we are better positioned to address this demand.

For passenger services, there are different markets. One of them is CBTC for metro which is taking off. Alstom has the technology, with more than 25% of radio CBTC solutions deployed worldwide.

In Canada, Toronto, we are pleased to have recently been awarded a signalling contract by Metrolinx for one of the busiest transit areas in Canada.

GP: How will GE Signalling be integrated into the wider Alstom structure?

PC: One of our strengths is that we can deliver fully fledged systems, delivering a full system for many different types of customer. GE is more focused on the product side. For freight in North America, it is a business model that is more product-related.

First of all, [the two companies] are very complementary in terms of our approach to the market. We want to leverage the capability of GE in North America for the product business, as well as in the rest of the world.

So, we will use GE’s freight technology [to expand what we do].

GP: The agreement also covers 1,200 employees; will they be integrated into the Alstom management structure as of now?

PC: Yes, and due to the fact that we believe we are very complementary, I am confident that this integration will go smoothly.

From a management point of view, we took a decision that we have to put ex-GE people in key positions in the organisation, for example in strategy and in project delivery.

GP: Is this agreement something that you have been keen to complete for quite some time?

PC: We first discussed the idea in May 2014. As you know the closing only occurred last month as it was a complex deal linked to the energy agreement between Alstom and GE. So, we had some time to prepare for the integration of GE Signalling.

GP: What are your immediate and long-term plans now that you are refocused entirely on transport?

PC: We want to use our base and increased exposure in US to roll out the freight business worldwide. GE Signalling has a strong manufacturing facility in the US that we want to use to serve freight and, if possible, passenger markets worldwide.

For us this is a major acquisition, and I would say the first of its kind for us. It is an important deal. We have to pay a lot of attention to the integration and organisation, and be sure that ex-GE employees have key positions within the new signalling organisation.