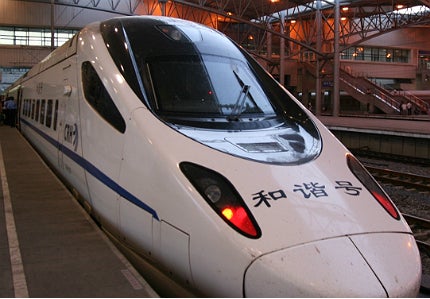 The Xiamen-Shenzhen high-speed line connects the Xiamen city in the Fujian Province with Shenzhen in the Guangdong Province of China. It is the first high-speed railway constructed on the southern coast of China.

The 502.4km line is the last and the longest section of China’s Southeast Coast High-Speed Rail Corridor, called the Hangzhou-Fuzhou-Shenzhen High-Speed Railway.

The construction of Xiamen-Shenzhen high-speed railway was started in November 2007. The line was officially opened in December 2013 with the first service run from Shenzhen North to Shanghai Hongqiao.

The high-speed line, owned by China Railway and operated by China Railway High-speed, is designed for trains running with speeds up to 250km/h. The new line reduced the journey time between Xiamen and Shenzhen from 11 hours to just three hours.

"The journey time between Xiamen and Shenzhen came down from 11 hours to three hours with the new line entering into service."

The high-speed rail service between Shanghai and Hangzhou has been operational since October 2010. The travel time between the two cities has been reduced to just 45 minutes with the trains travelling at maximum speed of 350km/h on the 202km long line.

The 1,495km Hangzhou-Fuzhou-Shenzhen high-speed line is divided into five sections, with four of them already operational by 2012. The fifth and the sixth units commenced operations in December 2013.

The construction of the Xiamen-Shenzhen dual-track high-speed rail line started in November 2007.

"The 502km Xiamen-Shenzhen section of the high-speed line became operational in December 2013."

Its opening was originally scheduled for 2011, but repeatedly postponed due to the Wenzhou train crash that killed 40 passengers in July 2011. The government suspended the approvals of the new high-speed rail lines until the investigation of the accident was completed.

The high-speed line runs 145km in the Fujian province and 357km in the Guangdong province.

CRH electric multiple unit trainsets with maximum speed up to 250km/h are operated on the line.

The high-speed line is expected to boost the local economy by providing a faster connection between three important special economic zones, namely Xiamen, Shantou and Shenzhen.

Hollysys was awarded a contract worth $10.75m in January 2013 to supply ground-based rail signalling system, including Train Control Centres (TCC), Line-side Electronic Units (LEU), Balises and other auxiliary equipments for the 357km Guangdong section of the Xiamen-Shenzhen high-speed line.

The Hefei-Fuzhou High-Speed Rail Line is a 806km line, which begins at Fuzhou in Fujian Province (southeast China) and terminates at Hefei in Anhui Province (Central China).